58 years in prison for murder at Cherry Creek State Park

An Aurora drug dealer was sentenced Thursday to 58 years in prison for fatally shooting another man during a party at Cherry Creek State Park. 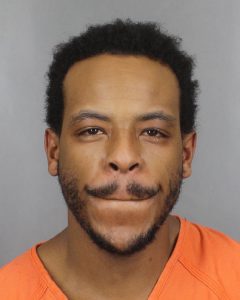 “It is increasingly challenging to come up with new and novel ways to express outrage and disgust over the angry, gutless and homicidal use of firearms in our community,” said District Attorney George Brauchler. “This must stop. There was no reason for Jackson Chavez to die. This defendant has proven he is does not belong in our community of law-abiding citizens. This is why we build prisons.”

Chavez was at a barbeque and got into an altercation with another man. Washington witnessed this. He got a gun from his backpack and shot Chavez twice.

After the murder, the defendant fled the scene, ditched his vehicle, got rid of the gun and made plans to leave town.

Investigators from the Arapahoe County Sheriff’s Office interviewed witnesses, tracked Washington down and arrested him.

Members of Chavez’s family addressed the court during sentencing.

“For me, there will be no parole or release date,” his mother told Judge Herron in a statement. “I see (Jackson’s) neck and his chest, knowing that two different bullets shattered every major organ in his body. I imagine how he looked contorting and writhing in pain as he gasped for air and choked on his own blood. And I wonder how his face looked as he died. That is how it ends for him. And that is what is stamped over every memory I have.”

She added: “I believe (Washington) is a dangerous person. He should not be allowed to cause this kind of pain to anyone else.”

Herron sentenced Washington to 38 years for Murder 2; the additional years in prison are for the other counts. Some of those were concurrent and some were consecutive.