Life in prison for murderer who shot, killed Aurora man then dumped body

A convicted felon on probation who shot and killed an Aurora man then dumped the body near a construction site will spend the rest of his life in prison. 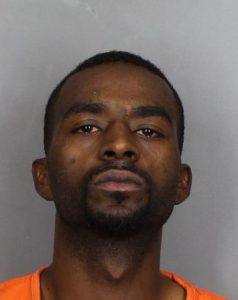 Arapahoe District Court Judge Ryan Stuart sentenced William Ardoin, 35, to life in the Colorado Department of Corrections without possibility of parole for the murder of Erik Baker, who was 44.

“Here on Earth, the jury was your judge,” Stuart told Ardoin during sentencing. “You murdered Erik Baker, you shot him in the head. Your stripped him of his dignity and his clothes and left him in a ditch.”

“There is something dangerously wrong with our laws and justice system when a felon convicted four separate times, including for possessing a firearm as a felon, is yet again able to obtain a gun and shoot an innocent man in the head,” said District Attorney George Brauchler. “And then he discarded him like he was trash. To keep our community safe, there is only one place for dangerous, repeat felons: prison. It is a tragedy that it has taken murder to keep this one there.”

On Jan. 1, 2018, Baker’s mother called police to say her son was missing and she feared he was dead. On Jan. 3, Baker’s body was found in a ditch near East 26th Avenue and Himalaya Road. He had been shot in the head.

The Aurora Police investigation over the next six months showed that Baker and Ardoin knew each other and had done business together, not always amicably. On Dec. 31, a friend drove Baker to Ardoin’s home on Kenton Street in Aurora. Two witnesses told police that as soon as Ardoin opened the door to Baker, Ardoin shot Baker in the head. There was no argument, struggle or words exchanged.

Ardoin enlisted family members and extended family in the ensuing cover-up and attempt to hide the body. Six people were charged with helping him.

In addition to first-degree murder, the Arapahoe County jury found Ardoin guilty Sept. 25 of tampering with a deceased body and tampering with evidence. On Oct. 3, Stuart sentenced Ardoin to an additional 12 years on those counts.

Ardoin was on probation for being a previous offender in possession of a weapon at the time of Baker’s murder.

Ardoin “has a complete lack of remorse and compassion,” Chief Deputy District Attorney Andrew Steers said during sentencing. “Erik was thrown into a ditch like a bag of trash … (Ardoin) just came out of his house that night with the sole intent of depriving Erik Baker of his life.”