Coach gets prison for sexually assaulting student 17 years ago

It took 17 years, but a woman drew on her inner strength and told a judge what her coach had done to her life when he chose to rape her when she was 14 years old.

“It is impossible to address the lifelong impacts that come from being abused and manipulated,” the 31-year-old woman told Arapahoe District Court Judge John Scipione. “This was a debilitating relationship, all about control and manipulation. I was 31 before I was able to accept that what he did to me was not love but was rape.”

The woman was a student at Bishop Machebeuf High School when teacher and basketball coach Craig Debiase took her under his wing. He was 38 years old. The sexual abuse lasted for three years. 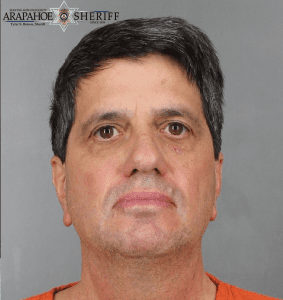 The woman described the ways Debiase took advantage of her and preyed on her. She told the judge how he inserted himself between her and her family and friends. Even after their contact ended, the damage done to her emotionally continued, she said.

“He preyed on us,” she told Judge Scipione. “He is a repeat sex offender and has never been appropriately punished for what he has done.”

“When parents send kids to school, they feel like this is at least one place they don’t have to worry about, where their child will be safe,” Jaramillo said. “But this teacher is the monster parents worry about.”

Debiase abused girls at the school for 12 years, she told the judge. “There are eight victims we know of, and this action deserves this punishment.”

The judge was harsh in his condemnation of Debiase’s actions and sympathetic to what the woman had endured.

“I am sure your statement barely scratches the surface,” Scipione told the woman.

Debiase “got a gift back in 2005,” the judge said. “He sought therapy and you lived in your own private hell these 17 years.”

He added: “This is despicable – some of the worst cases are in the name of the church and perpetrated against children. The maximum sentence is a no-brainer for me.”

District Attorney George Brauchler noted that this case is an example of why there is no statute of limitations for such crimes against children.

“Predators seek out safe places to have access to their victims, including our children,” Brauchler said. “They try to hide their lascivious actions by counting on the shame and guilt of their hand-picked victims, leaving them to struggle for the rest of their lives after the gross betrayal of trust. Here, it was only the courage of the victim — even 17 years later — that brought this child sex offender to justice. I hope justice for this victim helps in her healing process and serves as a light for others who have experienced the trauma of sexual assault.”