Youth pastor who assaulted kids from church sentenced to 50 years

A former volunteer youth pastor was sentenced Tuesday to 50 years in prison for assaulting teenage boys at his apartment in Englewood. 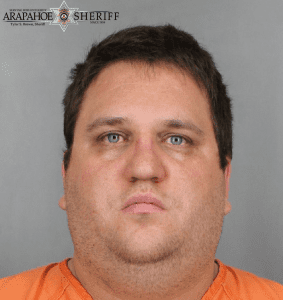 Arapahoe District Court Judge Ben Leutwyler sentenced Joseph Potts, 33, to a total of 50 years in the Colorado Department of Corrections after he pleaded guilty Sept. 24 to two Class 3 felonies: sexual exploitation of a child and first-degree assault. Other counts were dismissed as part of the plea agreement.

“There is likely a special place in hell for those who satisfy their lascivious sexual desires under the guise of being a youth pastor,” said District Attorney George Brauchler. “We can, at best, protect ourselves from him in this life. His true sentence awaits him in the next.”

The incidents occurred in 2017 when Potts was youth pastor at Jubilee Fellowship Church. Potts befriended the teenagers and invited them to stay overnight at his apartment to play video games. When they got there, Potts had them watch pornography. He then initiated lewd acts with them, which resulted in sexual assaults.

“Mr. Potts is the most dangerous type of criminal. He used a religious position of leadership in order to gain the trust of parents so that he had access to their children. These parents trusted that their children would be safe when alone with the defendant, and he took advantage of that trust in the worst way,” said Senior Deputy District Attorney Danielle Jaramillo, who prosecuted the case. “This sentence is due to the bravery and courage of two boys who were willing to come forward and disclose what happened to them. If not for them, Mr. Potts would have done this again to other children. They truly are heroes.”

Potts must register as a sex offender.