The former building manager at Horizon Middle School who sexually assaulted an 8th-grade student was sentenced Wednesday to 15 years in prison. 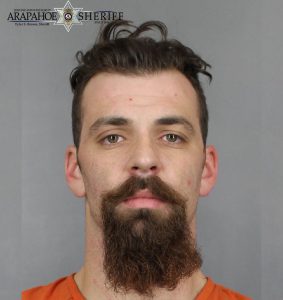 “These cases keep coming. Despite all we do, predators find ways to take advantage of our children,” said District Attorney George Brauchler. “We drop our kids off at school to be educated in classrooms, not sexually assaulted in janitor closets. What goes on in the mind of a man who whisks a 13-year-old girl into a closet? These are egregious violations – we think our kids are safe when we send then to school, and they should be. This offender is going to prison where he can’t hurt anyone else.”

In late 2018, Aurora Police received information that a girl was sexually assaulted at the middle school over the course of the 2014-15 school year.

Investigators began looking into the allegations and interviewed the girl, who was 13 at the time of the crimes. She told the police she had numerous sexual encounters with Pombo, frequently in janitors’ closets. She had not reported the crimes at the time, but she told investigators she knew the behavior was wrong.

“Sexual predators like Mr. Pombo count on vulnerable victims to keep quiet,” said Senior Deputy District Attorney Danielle Jaramillo, who prosecuted the case. “That’s why so often this crime isn’t discovered until years later, when victims become adults and realize the scope of what was done to them. The defendant used his position as a school employee to take advantage of a student, and it is due to her strength and courage that we are able to put him behind bars so that he won’t be able to do this to another student ever again.”

Pombo resigned his job at the school in September 2015.

The plea agreement means Pombo must register as a sex offender.