A former Englewood police officer was sentenced last week to 30 days in jail after pleading guilty to sexual contact without consent. 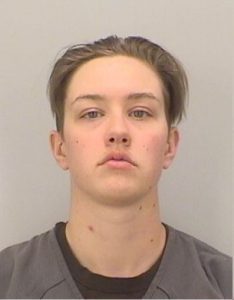 Anna W. McCain, 24, pleaded guilty to the Class 1 misdemeanor Jan. 17, 2020. Other counts against her were dismissed as part of the plea agreement. Douglas County District Court Judge Patricia Herron sentenced McCain via Webex on June 9.  After her jail sentence, McCain will serve five years on sex offender intensive supervised probation.

“No agency wants to protect officers who violate our laws. I commend the Englewood Police Department for alerting the Douglas County Sheriff’s Office to a possible crime committed by one of their own officers,” said District Attorney George Brauchler. “Anyone who vows to uphold the law must be held to that same law. No person is above the law. This makes at least 37 law enforcement officers our office has prosecuted since I was elected.”

On May 10, 2019, Englewood Police notified the Douglas County Sheriff’s Office of a possible sex assault involving parties from EPD.

DCSO deputies responded and interviewed the victim. She told them that on Marcy 14, 2019, she and several friends from the office including McCain went to dinner and a club together. Afterward they went back to her home in Highlands Ranch. McCain was the last to leave. After the others were gone, McCain tried numerous times to initiate sexual contact with the victim. The victim told McCain no and tried to fight her off, but McCain groped and kissed the victim.

The victim finally got McCain to leave. After reflecting on the incident for several weeks, she realized the behavior was an assault, and she confided in a colleague.

McCain has since been terminated from the Englewood Police Department.