A former Aurora police officer who pleaded guilty to DUI and other counts in Douglas County Court was sentenced last week to 18 months probation. 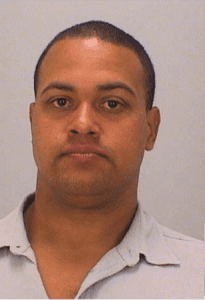 “Any time my office is presented with a prosecutable case against a law enforcement officer, we will not — we have not — hesitated to charge the offense and pursue justice,” said District Attorney George Brauchler. “Here, the Castle Rock Police Department gave this officer no special treatment, and neither did we. Anyone who vows to uphold the law must be held to that same law. No person is above the law.”

On Aug. 27, 2019, Castle Rock Police responded to reports of a hit-and-run crash at Plum Creek Parkway and I-25. A Nissan Armada had run a red light and hit another vehicle, which was shoved into a third vehicle.

Officers learned the Armada was registered to Teeples and found both him and the damaged vehicle at his home.

During the booking process Teeples repeatedly asked to be allowed to call his Aurora Police watch commander and told a Castle Rock officer that “rules are meant to be bent.” Teeples was combative and belligerent to the point that the officer said his “conduct was absolutely unacceptable and he made the booking process one of the worst booking processes in my career as an officer.”