A doctor who choked a nurse at Sky Ridge Medical Center will spend 30 days in jail as part of his sentence. 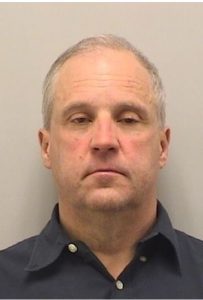 Douglas County District Court Judge Theresa Slade on Monday sentenced Mark Randle Ryan, 58, to 30 days in jail.  Ryan pleaded guilty March 9, 2020, to one count of second-degree assault by strangulation, a Class 4 felony, and one count of third-degree assault, a Class 1 misdemeanor. The sentence includes a three-year deferred judgment on the felony count and three years probation on the misdemeanor count, as well as 100 hours of community service, mental health treatment and anger management therapy. Ryan has relinquished his medical license.

“Few people in society have as much responsibility as the medical professionals we trust to treat us in the hospital. This defendant was an anesthesiologist, who worked in stressful situations every day to monitor patients during surgery,” said District Attorney George Brauchler. “No occupation, regardless of stress, provides an excuse for assault, especially strangulation. The message here is clear: Teacher, electrician, attorney or doctor … viciously attack a coworker and go to jail.”

Judge Slade chose to sentence Ryan to 30 days in jail, citing his lack of empathy and the lasting damage choking can have on a victim.

Ryan was working as a contract anesthesiologist at Sky Ridge Medical Center on Oct. 8, 2018, when he and the charge nurse in the recovery room had a disagreement about him turning off the vital-sign machines of patients recovering from surgery.

A 51-year-old female nurse reminded Ryan not to turn off the machines. He grabbed her by the throat and squeezed her neck so that she felt pain and saw stars, she told Lone Tree police officers.

“Mark Ryan strangled me in a recovery room filled with patients and staff in a selfish act of violence,” the nurse told Judge Slade during sentencing June 22. “I was assaulted by a man who took an oath to do no harm.  I feel he might have killed me if no one else would have been around.”

The nurse reported the incident to officials at the hospital. Later that night she contacted police, who arrested Ryan.

“A doctor is supposed to be in the hospital helping others, not hurting someone who was there to help him,” Deputy District Attorney Dan Warhola told the judge as he asked her to impose jail time. “He grossly abused his position of authority.”