A Thornton man has been sentenced to 50 years in prison for killing two people from Texas and seriously injuring two others in a crash he caused while driving high in a stolen truck. 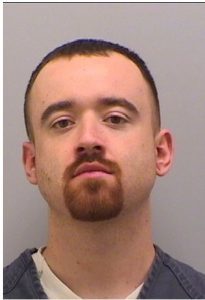 A jury found Pagano guilty on Dec. 16, 2019, of 17 counts, including vehicular homicide DUI in the deaths of Festus Poyner and Julee Davis, both of whom were 32 years old.

The judge noted the aggravated nature of the crime and the defendant’s past failures at rehabilitation. Pagano was on felony probation when he killed Poyner and Davis, as well as on bond awaiting sentencing in another felony. He had pleaded guilty to DUI just five months prior.

“You drove a stolen vehicle at a high rate of speed, passing vehicles on a curve, under the influence of substances – all of those things individually could lead to tragedy. Taken together, this outcome was almost inevitable,” Holmes told Pagano. “Your criminal history is extensive, and there is no indication of any remorse. You have already been exposed to almost every intervention the system has to offer you.”

“Selfish is not a big enough word for what this killer did. He took the lives of a 2-year-old boy’s parents. He shattered the little boy’s body and the lives of his grandparents and extended family,” said District Attorney George Brauchler. “But here is all you need to know about this guy: A month after his meth-fueled collision, when asked by law enforcement about killing two people, this amoral, self-loving destroyer of a young family said, ‘People die every day. I don’t care about them, I only care about myself.’ And that is all. No prison term would be too long for him.”

On May 20, 2018, Pagano was driving a stolen Ford F150 southbound on Colorado 83 with a female passenger. He was speeding – driving 80 mph where the speed limit was 65 mph. He moved to pass in a no-passing zone on a curve and hit a Toyota RAV4 driven by Poyner head-on.

The driver compartment of the RAV4 was crushed. Poyner and passenger Davis were declared dead at the scene. Their 2-year-old son was in a car seat in the back. He survived with serious, life-threatening injuries.

Pagano and his passenger were both seriously injured.

Pagano told investigators he was high on methamphetamines when he crashed.

While the families of Poyner and Davis displayed remarkable grace and compassion during proceedings, they urged the court to hold Pagano responsible for the consequences of his actions. Many travelled to Colorado from out of state at various times to give impact statements.

“There were 99 fractures in (their son’s) body – he had a full body cast, a wheelchair,” Davis’ older sister told the judge. “I don’t want (Pagano) to be able to hurt another person ever again.”

“I don’t believe this man deserves to be on the street to do this to anybody else,” Poyner’s brother said.

The son of Davis and Poyner “has made a miraculous recovery, but that does not take away from the horror of what was done to him,” Deputy District Attorney Dan Warhola told the court. “This is a case where everywhere you turn, there is another aggravator more severe than the last.”

“None of this was an accident, and all of this was preventable,” added Chief Deputy District Attorney Brian Sugioka, who tried the case with Warhola.

Pagano was convicted of:

The young son of Davis and Poyner made a full recovery and does not remember the crash.

50 years for man who killed 2 while driving high in stolen truck was last modified: July 21st, 2020 by Eric Ross