An Aurora man who sexually assaulted two young daughters of women with whom he had relationships was sentenced to 60 years to life in prison. 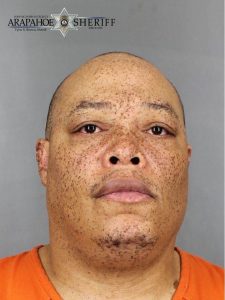 Arapahoe District Court Judge John Scipione sentenced Jeremy Hasani Scott, 44, after a jury found him guilty in February of all counts related to the assaults on the two girls. The sentence is indeterminate: After Scott has served his time, he will be evaluated to ensure he is no longer a danger to the community. If he is not rehabilitated, he can spend the rest of his life in the Department of Corrections.

“After a pattern of sexually assaulting 9-year-old and a 10-year-old girl for years from a position of trust, this serial predator chose to force his survivors onto the stand to face accusations that they were liars. Yes, of course it is his right to go to trial, but when given the choice between taking responsibility for his outrageous conduct, Jeremy Scott once again chose himself over his victims,” said District Attorney George Brauchler. “The girls are to be commended for their courage. He is to be condemned for his conduct. Scott will have plenty of time to dwell on his misdeeds, while we remain safe and free. This is why we build prisons.”

Both girls, their supporters and families gave emotional impact statements to the judge during the sentencing arguments on Aug. 27.

Scott “raised me, but he also hurt me. It’s hard for me to sleep at night,” the second girl said. “I am strong because I know that am more than a victim – I am a survivor of the very terrible things that man did to me.”

The first girl, now an adult, also addressed the court.

“For all those years he had the power, but now I am taking control. Life is too short to stay in the past,” she said. “Bottled-up fear continued to expand because my voice was silenced … I never thought I would be taken seriously. Until now.”

Judge Scipione said that “two very brave young women testified in this case” and their credibility was “on a level that this court has never seen.” He agreed with the prosecution sentencing argument that each girl deserved her own sentence. “It would be a slap in the face otherwise,” he said.

This is the sentence he handed down: