Sex offender gets 12 years for assaulting girls in Centennial pool

A registered sex offender who assaulted two girls in the swimming pool of a townhome complex in Centennial was sentenced to 12 years in prison. 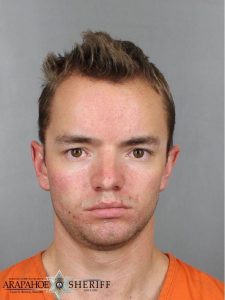 Arapahoe County District Court Judge Ben Leutwyler sentenced Aaron Schupp, 27, on July 27 via Webex. Schupp pleaded guilty in March to two counts of sexual exploitation of a child. Other counts were dismissed as part of the plea agreement.

“Let this be another reminder about the ongoing risk that sex offenders pose in our neighborhoods. This vile predator is beyond rehabilitation. Registration appears to be insufficient to protect our kids from the likes of him,” said District Attorney George Brauchler.  “Schupp should be required to wear a sign that announces to everyone ‘I molest little girls.’ Only in prison will he be incapable of victimizing more children.”

On June 5, 2019, Schupp and a coworker were in the pool. They began playing a game in the water with two 12-year-old girls. During the game Schupp sexually assaulted both girls.

The girls and a bystander reported what happened.

“This outcome meant that two children did not have to relive a terrible crime on the stand, in front of strangers,” said Deputy District Attorney Elizabeth Gramer, who prosecuted the case. “The victims are protected and they are getting the help they need. Although we asked for 15 years, they are happy the perpetrator is being punished for what he did to them.”