The leader of a human trafficking and forgery ring was sentenced last week to 304 years in prison, one of the longest sentences ever for trafficking. 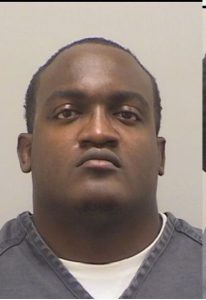 Douglas County District Court Judge Theresa Slade sentenced Chauncey Price, 30, during a hearing on Oct. 8. The sentence is 304 years to life in the Colorado Department of Corrections, an indeterminate sentence. A jury found Price guilty in December of 13 counts including COCCA, human trafficking for sexual servitude, pandering of a child and forging a government security. His sentence was enhanced because the court found him to be a habitual offender as Price had been convicted previously of four separate felonies, including two instances of burglary.

Three of his victims testified during the trial how he forced them to have sex with strangers for money that they had to turn over to him. He and his associates placed online ads offering the women and girls, then rented hotel rooms for the sex acts.

During sentencing on Oct. 8, an advocate read a statement from one of his victims.

“Chauncey promised to take care of me. At first he paid for my drug habit and food and let me stay for free. But nothing is free. … He threatened to kill my sister if I didn’t work for him – that is when he turned me out. He kept pushing me to sleep with more and more men, up to eight a day. …

“I couldn’t even use the bathroom without someone watching me. Once I didn’t eat for 3 days,” the victim wrote in describing the humiliation, subjugation, pain and terror she lived through while Price prostituted her.

She added: “I want to make it clear that I came forward to save others from him … He exploited young girls, controlled them and manipulated them. He will continue to do that if he ever gets out.”

Senior Deputy District Attorney Kelley Dziedzic spoke of what Price did to his victims in asking the judge for a sentence of 304 years, with consecutive sentences for each named victim.

“Any reasonable good person would have looked at these victims and would have extended sympathy or empathy, but Price only looked at them and saw opportunity,” Dziedzic said. “His victims will live with the repercussions of his actions for the rest of their lives. They have a lifelong struggle ahead of them.”

“He has been given deferred judgments and had them revoked. He has had probation revoked. He had community corrections revoked. He was in prison, and he committed new acts while out on parole. While out on bond in this case, he tried to contact one of his victims,” she said. “He has repeatedly turned his back on opportunities for rehabilitation. … In this case that stretched over nearly a year, he had numerous chances to step away, but he never chose to change his behavior.”

Five co-defendants previously were charged and sentenced in the case. Two of those cases included drug charges.

The criminal ring was also involved in producing counterfeit currency and used the trafficking victims to pass the fake money at businesses across the state. Two co-defendants received sentences for forgery.

“This horrendous case highlights why my office pushed for the creation of a Human Trafficking Unit,” said District Attorney George Brauchler. “Traffickers trade in flesh and destroy souls, by using up their victims to further their criminal enterprises, with no regard whatsoever for the lives of fellow human beings. What possible rehabilitation can there be for someone who repeatedly and wantonly engages in this inhuman conduct? Spoiler alert: There is none. This is why we build prisons.

“Know, too, that these crimes occur in every community, right under the noses of law-abiding citizens. I am proud of the hard work we continue to do with law enforcement in my jurisdiction to stop the scourge of human trafficking.”

“This is not a normal sentence, but this was not a normal crime. You are not a defendant who deserves a minimum sentence,” Judge Slade told Price during sentencing. “You were a master at victimizing these women. … There is absolutely nothing this court can do to make these women whole.”

The longest sentence in a human trafficking case was handed down by Arapahoe County District Court Judge Peter Michaelson in November 2017 on habitual offender Brock Franklin, the leader of a trafficking ring. That sentence was announced as 472 years to life in prison, but the court later determined it had miscalculated Michaelson’s order; Franklin was actually sentenced to 400 years.