A former teacher and coach was sentenced to 10 years in prison for sexually assaulting one of his students. 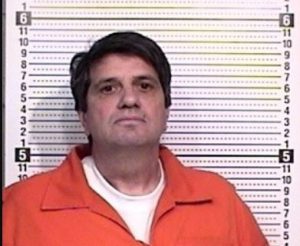 Arapahoe District Court Judge John Scipione sentenced Craig Debiase, 57, on Oct. 16. He pleaded guilty to sexual exploitation of a child, a Class 3 felony; other counts were dismissed as part of the plea agreement. Debiase is currently serving a 12-year prison sentence for abusing another student at Bishop Machebeuf High School. The new sentence will run consecutive to the previous sentence.

“Another predator at a local school uses his position of trust and — disgustingly — his religious faith to manipulate and victimize another student. The undeniable courage of the victim in this case to come forward and face the adult who treated her like a body to be exploited made all the difference here,” said District Attorney George Brauchler. “I hope it inspires others to come forward who were victimized in their youth. There must be consequences for this selfish, destructive conduct. Our system can only sentence him to prison. The Almighty likely has many other resources.”

The victim was 17 years old when Debiase began a sexual relationship with her in 1997. She came forward in November 2019 to report the crime after she saw news reports of Debiase being sentenced for similar sex crimes against another juvenile victim.

“I was 17 when a likeable, charismatic and charming pedophile manipulated me, seduced me and rendered me silent. He was the baseball coach at my high school. His name is Craig Debiase,” the victim told the court in her impact statement submitted prior to sentencing.

She described how Debiase gained her trust and her silence. He started seeing her at his house during Bible studies; he bought her clothes and jewelry and took her to movies and out to dinner. At one point he even gave her an engagement ring.
“I now understand this was his way of grooming me,” the 40-year-old woman told the judge. “I now see that relationship as manipulation and abuse at the hands of an adult who worked at my school. …

“I now believe that Craig came to my school to seek out young girls to manipulate and abuse for his own sick satisfaction. Coming to this realization all these years later has triggered feelings of shame, humiliation, terrible anxiety and self-loathing,” she told the court in her statement. “It took another courageous victim to come forward and say how he abused her for me to finally see how wrong that situation I was in all those years ago really was. I am so grateful that she did. Craig can’t manipulate me anymore. I fear that there are other young women that Craig chose to victimize, and I hope that if they hear about me, they find the courage to speak up.”

Accusations about Debiase and other underage victims surfaced in 2005. He entered into a plea agreement and ultimately served less than two years in prison at that time. He was a registered sex offender and had completed “sex offender intensive supervised probation” when he was sentenced again in 2019.

“This defendant not only used his position as a school teacher and coach, but he also used religion as a way to gain access to his victims. Over a 20-year span, this man made a career of preying on the vulnerable. The number of victims we have identified so far is astounding, and the deeper we dig the more we find. Thankfully, he is no longer in a position to continue hurting children,” Jaramillo said. “Parents deserve to know that when they send their children to school, those children will be safe.”