A convicted sex offender who kidnapped, beat and sexually assaulted a woman in Douglas County was sentenced Monday to 48 years in prison. 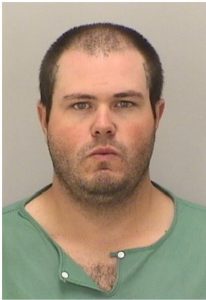 “This defendant is unfit to be in society and unable to participate in the world,” the victim told the judge during sentencing Jan. 4, 2021, via Webex. “Each sex assault case is worse than the prior. I highly doubt the next victim will be as lucky as me.”

She added: “I have and will continue to thrive after being kidnapped, beaten and sexually assaulted. Others might not be so lucky. … I did what I did so it couldn’t happen to anyone else.”

On Aug. 14, 2018, Lone Tree police responded to a coffee shop to investigate a reported kidnapping. Witnesses said they saw a man force a woman into her own vehicle and drive off with her.

A short time later, Douglas County Sheriff’s deputies responded to a gas station. Witnesses reported seeing a man and woman get out of a vehicle. When the man wasn’t looking, the woman mouthed “Call 911.” A passerby did just that.

The subsequent investigation revealed the man approached the woman in the parking lot with a knife. He physically and sexually assaulted her in the vehicle until he stopped at the gas station, where she was able to get help.

Nader was living in Colorado Springs as a registered sex offender after a 2013 conviction in Jefferson County.

“For what the victim went through that day, no sentence is enough,” Senior Deputy District Attorney Brian Eckhardt told the judge during sentencing. “She speaks of her ordeal more eloquently than I am able to.”

“The victim here is a study in courage and persistence. Despite enduring unimaginable terror, she kept her wits, escaped her captor, assisted in his capture and finally saw him brought to justice through this prosecution,” said District Attorney George Brauchler. “This defendant and his outrageous conduct … this is why we build prisons. For those of the ‘everyone can be rehabilitated’ delusion, what possible classes, coloring books, or educational opportunities will fix a person who engages in this evil?”