Convicted sex offender gets 80 years for sex assault on child

A convicted sex offender who filmed himself sexually assaulting a 5-year-old girl was sentenced last week to 80 years in prison. 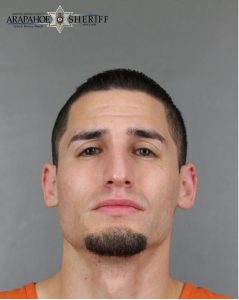 Arapahoe County District Court Judge Darren Vahle sentenced Erik McDaugale, 31, of Aurora to 80 years in the Department of Corrections. McDaugale, who had prior child sex assault convictions, pleaded guilty to four counts of sexual exploitation of a child on Oct. 23, 2020. Other counts were dismissed as part of the plea agreement.

“Crimes against children are some of the most difficult cases we prosecute,” said District Attorney John Kellner. “These are trusting victims, who often don’t understand the crimes being committed and don’t know to seek help. The predators in our communities target them for those reasons, and we have to take measures to keep those predators away from our kids.”

In the spring of 2019, the Colorado Internet Crimes Against Children Task Force received a tip from the National Center for Missing and Exploited Children. Aurora police traced child pornography videos and images back to McDaugale, who was living in the basement of an acquaintance. There was an active arrest warrant for McDaugale for failing to register as a sex offender. He had been sexually assaulting a child in the home and sharing videos and photos of the assaults online.

“This is conduct of the most appalling and egregious nature. This defendant repeatedly sexually abused a 5-year-old girl, grooming her for this purpose. He recorded this sexual abuse so he could relive it again and again and again – and he shared this with others who shared his perversion to sexually abuse children,” said Deputy District Attorney James Bornhoft, who prosecuted the case. “There is no sentence harsh enough for any of these actions in singularity, much less for all of these actions taken together. All I can say is this plea agreement will make sure that this defendant doesn’t step foot in society again.”

Vahle noted the sentence was harsh but said it was appropriate.

“What you have done are terrible things,” he told McDaugale as he imposed the sentence Jan. 15. “Child pornography revictimizes the children you have already harmed – and it creates a new obsession/perversion in other people – you are part of the cycle that will cause victimization of another child. You cannot ever be near children.”