A Littleton man who sexually assaulted children he was babysitting has been sentenced to 10 years in prison. 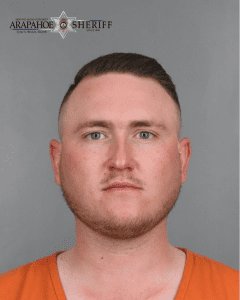 Arapahoe District Court Judge Elizabeth Ann Weishaupl sentenced Corey Austin Medo, 23, on May 7. Medo pleaded guilty March 12 to one count of Sexual Exploitation of a Child, a Class 3 felony. Other counts were dismissed as part of the plea agreement.

“A person who preys on children entrusted to his care deserves to go to prison,” said District Attorney John Kellner. “Here we have parents trying to do the right thing, screening the person they choose to watch their children. And he takes advantage of his position of trust and molests those youngsters. My office will always pursue these cases aggressively.”

On Nov. 30, 2019, the Arapahoe County Sheriff’s Office began an investigation after a Centennial mother reported that her babysitter had sexually assaulted her child.

The investigation revealed the assaults had taken place since March 2018, when the mother had hired Medo after finding him on a babysitting website.

Several families had hired Medo, and he was also a youth basketball coach. Investigators believe he targeted boys between the ages of 7 and 10.

The case was prosecuted by Deputy District Attorney Jacob Kremin.

“Nothing can replace the innocence the defendant stole from the child he was trusted to protect,” Kremin said. “However, this resolution will ensure that he is locked away while the family begins the healing process, and that upon his release, he will be prohibited from having contact with any other child.”

Upon his release from prison, Medo must register as a sex offender.

10 years for babysitter who sexually assaulted kids was last modified: May 13th, 2021 by Eric Ross