A man who shot and killed an Aurora man over illegal marijuana was sentenced to 30 years in prison. 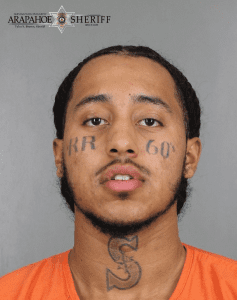 Arapahoe District Court Judge Ryan Stuart on Tuesday sentenced Jahlil Meshesha, 21, to 30 years in the Colorado Department of Corrections for the murder of Jahmar Leckman, who was 24 when he was killed. Meshesha pleaded guilty Jan. 23, 2021, to one count of second-degree murder in Leckman’s death. Other counts were dismissed as part of the plea agreement.

“This murder was senseless: This victim was killed over a couple ounces of weed,” Chief Deputy District Attorney Brian Sugioka told the judge during the May 11 hearing. “The defendant is quite young, but he needs to learn from these lessons and take a different path. This sentence needs to be a deterrent.”

On Jan. 17, 2016, Leckman and two acquaintances drove to a parking lot near East Mississippi Avenue and South Peoria Street in Aurora. Leckman planned to sell some marijuana to a buyer with whom he was previously acquainted.

Leckman got out his vehicle to meet the buyer, who had arrived in a dark SUV. But instead of getting out, both the passenger and driver fired weapons at Leckman. He was hit and died of his injuries.
The two people in the SUV drove away. An APD investigation led to the arrest of Meshesha and Prince Jalil White as the shooters.

White pleaded guilty to second-degree murder on Jan. 24, 2020, and was sentenced May 22, 2020, to 20 years in the Colorado Department of Corrections for Leckman’s murder.

During the May 11 sentencing hearing, several members of Leckman’s family spoke in person and via Webex to Judge Stuart. The family spoke of forgiveness and of great loss.

“A little over five years ago, my beloved grandson Jahmar was murdered, and the world seemed to stop,” his grandmother said. “A light was diminished.”

“The pain will always be there, dormant like a tumor, waiting to rise up without warning. I am angry that my son is gone, but I want to find it in my heart to forgive,” she told the court.

“You are still young enough to do your time and get out and have a life,” she said of the defendant. “That is something my son does not have – he lost that when you pulled that trigger.”