A drunk driver who hit and killed an Aurora couple and fled the scene was sentenced last week to 18 years in prison. 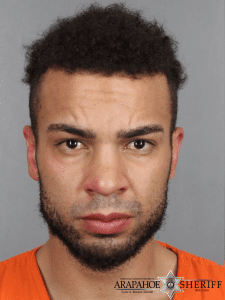 Smith has previous DWAI and reckless driving convictions. At the time of the crash, he was wanted for failure to appear in court on a traffic offense.

“It pains me to see yet another case where a defendant is drunk and yet makes the decision to get behind the wheel, with fatal consequences,” said District Attorney John Kellner. “And here, the drunk driver killed two people, looked at what he had done and ran off without offering help or calling for assistance. Absolutely this defendant deserves to be in prison for his actions.”

On Oct. 27, 2019, Hamblin and Woods were driving through the intersection of I-225 and Mississippi Ave in Aurora. Smith “t-boned” Hamblin’s SUV. Hamblin died of her injuries. Woods received spinal fractures, a broken pelvis, a bruised lung and other injuries. He died of his injuries a week later.

After the crash, Smith fled the scene, but he left his wallet and driver’s license behind in the wrecked car. He was arrested a short time later trying to get a ride at a nearby gas station.

Aurora police determined that Smith worked at a bar, where he had been drinking before driving home.

Smith pleaded guilty Feb. 22 to two counts of vehicular homicide DUI, a Class 3 felony; and one count of first-degree assault extreme indifference, a Class 3 felony. Other counts against him were dismissed as part of the plea agreement.
Numerous family members offered statements during the May 13 sentencing hearing.

“This defendant has hurt so many families – not only mine and Ja’Rel’s, but also his own … To know that he was able to go up to the car, and instead of choosing to help the people that he hit, he ran and hid. It is so callous and uncaring I can barely fathom the thought” Hamblin’s father said. “In those moments, his help might have helped save a life, but we will never know.”

“It makes me very upset that someone can kill 2 people and not have to serve time. … I can’t believe we have a court system that can give more time to someone who writes bad checks than someone who kills two people while breaking the law,” she said in asking the judge to impose the prison sentence stipulated in the plea agreement.

“This defendant showed no value for human life: He was driving with a blood-alcohol content of more than three times the legal limit when he struck the victims’ vehicle,” Brown. “Then, he looked in the wrecked car, saw the damage he had caused, and fled without calling for help.”