An Aurora man who shot his wife in the face and hid her body in a garbage can in their garage has been found guilty of murder by an Arapahoe County jury. 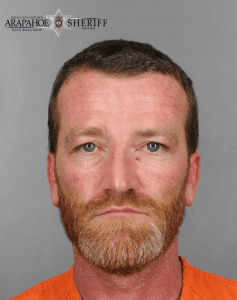 Keith Allen Zotto, 46, was found guilty Tuesday of first-degree murder after deliberation in the death of Amber Zotto, who was 35 when she was killed. The verdict came after a five-day trial before Arapahoe County District Court Judge Joseph Whitfield.

“Absolutely this was the right outcome in this case,” said District Attorney John Kellner. “This man had no regard for a human life, even when it was his wife and the mother of his children. He stayed in that house with those kids, knowing their mother was dead in the garage. And rather than take responsibility, he tried to pretend his wife committed suicide and he somehow panicked, hid the body and then forgot what he had done.”

On July 2, 2019, Amber Zotto’s mother contacted Aurora Police to say her daughter was missing. Police went to the Zotto home. Amber Zotto’s two children told police they had not seen their mother for two days. When police called Keith Zotto, he told them he and his wife got in an argument. When he woke up the next morning, she was gone.

But when police searched the Zotto home, they found Amber Zotto’s body in a garbage can in the garage. The body was covered in debris and a gun was found in the can.

“He literally threw her away and left her to rot,” Chief Deputy District Attorney Laura Wilson told the court in her closing argument rebuttal. “When you take a gun and point it at someone’s head … you know what happens when you pull that trigger. Amber begged for her life, she put up her hands, but he pulled the trigger.”

The mandatory penalty for Murder 1 is life in prison without possibility of parole. Sentencing is set for July 19.

Aurora man who put wife’s body in trash can guilty of murder was last modified: May 12th, 2021 by Eric Ross