An Arapahoe County District Court judge has sentenced a serial rapist to 136 years to life in prison. 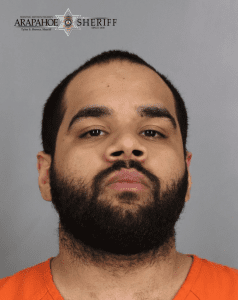 “I am fully convinced, 100 percent, that there is no woman safe in America if you are out of prison,” Judge Ben Leutwyler told Tre Carrasco. “You will continue to rape people … because you want what you want, and nothing will stand in the way except the government.

“You are a threat to every female in our country … and I must do what I can to promote community safety.”

An Arapahoe County jury on May 13 found Carrasco, 26, guilty in cases in Aurora and Cherry Hills Village after a five-day trial.

During the July 9 sentencing hearing, Deputy District Attorney Casey Brown recounted Carrasco’s history of sexual assaults and lack of any interest in rehabilitation in asking the judge for a lengthy sentence.

“This defendant is a predator … This is not a defendant who can exist out in society without perpetrating on women,” Brown said. “He feels entitled to his victims, and he has left a wake of destruction behind him.”

Carrasco was in prison for a sexual assault in Kansas. He was released and within days was accused of another sexual assault. He fled to Colorado.

On Feb. 7, 2019, Carrasco tried to kidnap a woman in the parking lot of a fitness club in Aurora. She got away, but he stole her car.

Then, on Feb. 12, 2019, Carrasco drove that car to a home in Cherry Hills Village where he raped a woman at knifepoint. He was arrested about five hours later in the same car stolen in Aurora.

The cases were prosecuted by Brown and Chief Deputy District Attorney Christopher Gallo.

“This sentence will keep a dangerous predator off the streets and in prison, where he belongs,” said District Attorney John Kellner. “Perhaps his victims can take a small measure of comfort in knowing that their cooperation and testimony has led to this result.”