Felon who shot at DougCo deputies sentenced to 48 years

A felon who shot at Douglas County Sheriff’s deputies from a stolen car as they were trying to pull it over was sentenced to 48 years in prison. 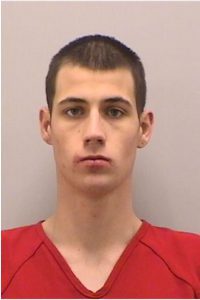 “You don’t get to shoot at law enforcement officers and get a slap on the wrist,” said District Attorney John Kellner. “He was committing crimes, and when the deputies moved to intercept the car he was in, he escalated the situation and put passersby as well as deputies in danger. For that, he will be incarcerated for a lengthy time.”

“The job of a law enforcement officer has become increasingly more dangerous, especially with individuals like this who blatantly, for no apparent reason, just shoot at the police. He needs to understand the ramifications of his actions,” said Douglas County Sheriff Tony Spurlock. “We welcome the sentence in this case and are extremely grateful to all those who worked so hard the last few years to bring the defendants to justice.”

On Nov. 27, 2018, Douglas County Sheriff’s deputies spotted a possible stolen vehicle that ran a red light about 3 a.m. on South Broadway. When they followed the car, it began weaving and accelerated, reaching speeds of between 100 mph and 120 mph on C-470.

Other deputies assisted in trying to stop the car. Near Park Meadows mall, Langewisch, the rear-seat passenger, fired a gun at deputies, who returned fire. The car attempted to elude deputies by racing through residential neighborhoods – with shots coming out of the back window — until it crashed on Dry Creek Road near I-25.

As deputies tried to take the occupants into custody, the suspects did not obey commands and deputies shot at the car. The driver, Nicholas Ryan, 19 was killed. The front seat passenger, Jason Sutton, 21, was injured. Langewisch was not injured and was taken into custody.

The investigation revealed the three were in the stolen vehicle and stealing from mail boxes and cars before the deputy spotted them. Ryan gave Langewisch the gun during the incident, and Langewisch admitted to detectives that he shot at the deputies as Ryan tried to elude them.

The 18th Judicial District Attorney’s Office determined the deputies’ use of lethal force was justified.

Sutton pleaded guilty Oct. 11, 2019, to one count of vehicular eluding, a Class 5 felony; and one count of first-degree trespassing of a vehicle, a Class 5 felony. Other counts were dismissed a part of the plea agreement. He was sentenced to three years in the Colorado Department of Corrections.

Langewisch pleaded guilty March 1, 2021, to two counts of attempted first-degree murder of a peace officer, a Class 2 felony; and one count of possession of a weapon by a previous offender, a Class 6 felony. Other counts were dismissed as part of the plea agreement.

During the sentencing hearing on July 9, Zink noted Langewisch’s previous criminal history, as well as numerous incidents since he had been in the Douglas County jail.

“This defendant has made his intentions clear: As soon as he is released, he plans to go out and do the exact same kinds of things that put him behind bars,” Zink said. “There is no remorse, contrition or any interest in rehabilitation on his part. The maximum sentence allowed is appropriate.”