Man gets 36 years in prison for Castle Pines murder

A Castle Rock man who shot and killed his partner in a black market marijuana scheme was sentenced to 36 years in prison. 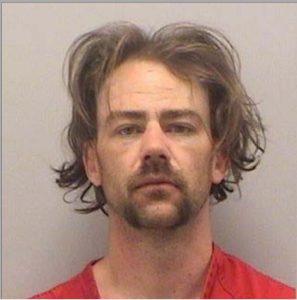 Douglas County District Court Judge Patricia Herron sentenced Dominique Wogan, 35, to 36 years in the Colorado Department of Corrections for the murder of Fletcher Bodnar, who was 36 when he died and was living in Highlands Ranch.

A jury found Wogan guilty of second-degree murder in Bodner’s death on March 11, 2021. He was also convicted of illegal cultivation of marijuana, and possession with intent to distribute marijuana. He was also a previous felon in possession of a firearm.

“Colorado has a regulatory framework for people who want to legally grow and sell marijuana,” said District Attorney John Kellner. “But this defendant did not follow that path and instead set up an illegal operation. And despite being a prior felon, he had a gun the day that Mr. Bodnar came to speak with him.

“This defendant ran a black-market marijuana operation, illegally possessed a gun as a prior felon, and took another man’s life in cold blood. He deserves to spend significant time in prison for his actions.”

On May 15, 2020, Douglas County Sheriff’s deputies were called in to assist Castle Pines Emergency Services with a homicide at a home in the gated community.

The investigation revealed that Wogan had been growing marijuana in the home, where he was staying with permission of the owner. Bodnar was helping him and had come to the home that day to discuss the operation.

At some point, Wogan shot Bodnar.

Wogan claimed after the shooting and at trial that he was entitled to a “Make My Day” defense, which gives a homeowner immunity for shooting an intruder. During trial, numerous text messages from the defendant to Bodnar were introduced, which showed that Wogan had invited Bodnar over to fight. By finding Wogan guilty, the jury agreed with the prosecution that Bodnar had been invited and that Make My Day did not apply.

During the July 1 sentencing hearing, several friends and family of the victim asked the judge to impose a long sentence on Wogan, including Bodnar’s fiancé. She told the judge she felt “broken” since Bodnar’s death.

“I had a life I had planned with Fletcher. He was my life, my soulmate, my everything. Now everything has changed. I still don’t sleep well, and work is difficult. … I don’t know how to move on,” she said. “It’s not fair for someone to take a life and have the possibility to be free again. Fletcher doesn’t get that opportunity.”

“This was a two-time felon – he did 12 years after 2 burglaries,” Dawson said. “This 2-time felon should not have had a gun, but he did that day, and he used it to shoot Fletcher. No matter how much time the court imposes, one of these families will get to see their son and their brother again someday. One of these families won’t.”

Judge Herron spoke about the role drugs played in the murder and acknowledged that only two people were in the room when the fatal shot was fired.

“These two were friends,” she said. “It’s hard for this court to fully appreciate how this victim was a threat. He came in unarmed.”
Herron imposed a sentence of 36 years in prison. Sentences on the lesser charges run concurrent to the homicide charge.