New offense for driver who pleaded guilty in DUI death

A man who was sentenced to 10 years in prison for killing a person while driving drunk is back behind bars – convicted of DWAI while he was still under supervision. 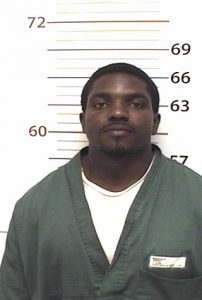 Jeremy Quincy Brown, 29, was convicted of driving while ability impaired by an Arapahoe County jury on July 29. He was sentenced to 12 months in jail. The time will be served in the Colorado Department of Corrections, where he is residing once again; as a result of this conviction, he has been returned to DOC to finish his sentence.

“It is obscene that this defendant killed a man while driving drunk, yet the minute he gets out of prison, he is drinking and driving again,” said District Attorney John Kellner. “If that wasn’t enough of a wake-up call, it would seem that nothing will be. His conduct is a danger to anyone on the roads in his path.”

On March 17, 2015, Brown was driving a car that crossed over a median while traveling westbound on East Iliff Avenue at South Quebec Street and slammed head-on into another vehicle. The other driver, 41-year-old Jason Soodsma, was killed.

Brown ran from the scene, but officers quickly found him.

He pleaded guilty to vehicular homicide DUI on March 9, 2016, and was sentenced to 10 years in prison.

Brown transitioned to community corrections Jan. 29, 2020, and to intensive supervision on May 4, 2020. He spent fewer than four years in prison on that 10-year sentence.

On Jan 9, 2021, the manager of a restaurant called Aurora Police to report a man passed out in his car in the drive-thru lane. Police arrived to find Brown behind the wheel with the key in the ignition and the engine running.

“This defendant’s insistence on getting behind the wheel while drunk is an insult to the memory of the man he killed and those who still mourn him,” Kellner said. “Until Colorado moves closer to truth in sentencing, what victims hear in the courtroom and what plays out years later will be continue to have a disconnect.”