A man who shot and killed the new boyfriend of his former girlfriend was found guilty of first-degree murder in the boyfriend’s death. 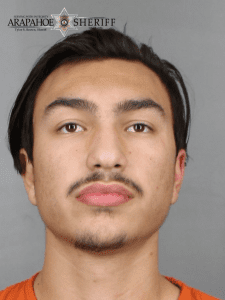 An Arapahoe County jury on Wednesday deliberated about three hours before returning the verdict against Joseph McCaughin, 20, of Aurora, who killed Ryan Robertson.

“It’s tragic to see yet another young man’s life cut short by the petty jealousy of a man with a gun,” said District Attorney John Kellner. “Not only did this defendant kill another person, but he put little kids in harm’s way as he was shooting. Clearly he is a danger to this community.”

Earlier that day, McCaughin had broken into the home of his former girlfriend, who had begun dating Robertson. He told her, “If I ever see (Robertson) again, I will kill you and him.”

“McCaughin made his intent and his plan crystal clear,” Deputy District Attorney Grant Grosgebauer told the jury. “He went looking for his victim and he was carrying a gun.”

“This defendant told police — and his mother — that he wasn’t the shooter, and that he was at the Southlands mall at the time of the shooting. Witnesses and his cellphone placed him at the scene. At trial, out of desperation he claimed that this murder was in self-defense, but the evidence proved otherwise,” Dawson said.

Sentencing is set for Nov. 9. The statutory penalty for first-degree murder is life in prison without possibility of parole.