An Aurora man who shot another man in the back of the head was sentenced to life in prison without possibility of parole. 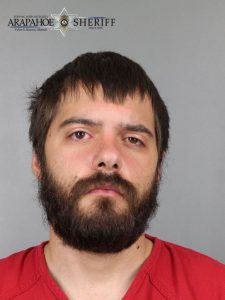 Brabson was shot and killed June 23, 2020, at the Sable Cove Apartment complex in Aurora. On July 28, a jury found Costello guilty of first-degree murder in Brabson’s death.

“This man with a gun took matters into his own hands and executed a father of three,” said District Attorney John Kellner. “This sentence is appropriate for a murder in cold blood.

“No sentence will bring Mr. Brabson back to his family, but perhaps they can find some healing in putting this phase behind them.”

Brabson was at the apartment complex that night trying to speak with his former girlfriend, who had a restraining order against him.

The former girlfriend was disturbed that Brabson was trying to contact her and asked for assistance from friends and neighbors in urging him to leave.

Costello was at the apartment complex to deliver something to his ex-wife, who lived there. He was seen on surveillance video with Brabson moments before he was shot.

When Brabson’s ex-girlfriend heard the gunshot, she and some people who were with her rushed to see what had happened and found Brabson’s body alone and bleeding. They believed he had killed himself, but no gun was found; Brabson had no weapon.

After Aurora police identified Costello, he was arrested. He had with him the gun that had killed Brabson.

Brabson’s mother and sister spoke to the court during sentencing on Sept. 9.

Brabson’s sister spoke of the loss felt by his three daughters, and of the hole in their lives without a father.

“We have never been able to answer why.” Adkins said during his brief sentencing argument. “Mr. Brabson was executed in the street for very little benefit. … It was a callous and senseless act that shows utter disregard for the value of human life.”