The driver who injured a Sheridan police officer while fleeing officers was sentenced to 20 years in prison. 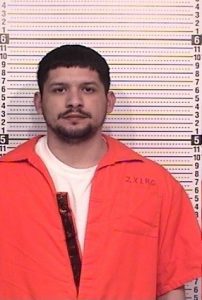 Arapahoe County Court Judge Ben Leutwyler sentenced Ismael Rayos, 30, after he pleaded guilty Oct. 12 to one count of first-degree assault, threatening a peace officer, a Class 3 felony. Other counts were dismissed as part of the plea agreement.

“Officers put their lives on the line every day when then swear to serve and protect,” said District Attorney John Kellner. “When they in turn are made victims, we have a responsibility to see that they get the same justice they seek for others.”

On April 26, 2015, Sheridan officers were called to a suspicious vehicle at a convenience store near West Oxford Avenue and South Federal Boulevard. They tried to speak with Rayos, who jumped in his car to flee. As he took off in reverse with the door open, an officer was caught between the door and the body of the car. The officer was thrown to the ground. He was treated at a hospital for minor injuries and released.

The crashed car was located in Denver; a .380 caliber handgun was found in the vehicle.

The officer recovered from his injuries and is no longer with the Sheridan Police Department.

But in 2019, Rayos was taken into custody in Mexico with the help of the Drug Enforcement Administration and the U.S. Marshals Service. He was then charged in Arapahoe County.

“Police officers swear to serve and protect our communities, and although it is a dangerous job, it does not give anyone the right to attack or injure these brave men and women. We are very thankful the Arapahoe County courts held this individual accountable for the malicious attack on one of our very own Sheridan Police Officers,” Martinez said. “This should serve as a reminder that we will do all we can to seek justice on those who choose to harm our honorable officers.”