A convicted felon on parole posed as a fire inspector to case businesses in Castle Rock and disable their security systems, returning later to break into their safes. 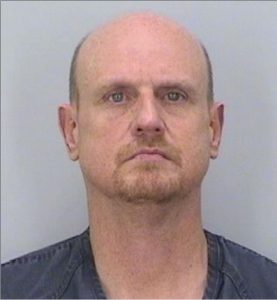 The scheme unraveled in February 2020 after Michael James Loupe, 47, broke into four restaurants in the same night. Castle Rock police officers tracked him down after Department of Corrections employees recognized Loupe from the Crime Stoppers alert.

“What this defendant did was economically harmful to the businesses he targeted, but it was more insidious than that alone,” said Deputy District Attorney Joel Zink, who prosecuted Loupe. “He also attacked our trust for one another as community members. This sentence holds him accountable for his manipulative actions and serves as a warning to others who would seek to do the same.”

Loupe had a criminal history including theft, burglary and robbery. He most recently spent time at the Rifle Correctional Facility, where as a prison trustee he examined fire alarm systems and ran tests of the alarms. He was paroled in October 2019; his ankle monitor was removed in January 2020 after he complied with terms of his parole.