Shooter who killed boy in Englewood alley sentenced to prison

The man who shot and killed a middle school student in an Englewood alley was sentenced to 32 years in prison. 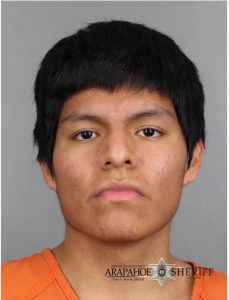 Arapahoe County District Court Judge Elizabeth Weishaupl sentenced Antonio Pulido Mendez, 19, of Littleton, on Nov. 9 for the death of Jonah Hirsh, who was 13 years old when he was murdered.

Mendez shot Jonah in the arm and the chest with a 9 mm handgun. Jonah died at the scene. Mendez shot the cousin in the neck; he survived.

“This defendant made reckless, stupid decisions,” said Chief Deputy District Attorney Andrew Steers. “He chose to bring a loaded gun to a robbery and pull the trigger. Today he faces the consequences for his actions.”

Jonah’s family was in court for the sentencing. When the cousin’s frantic 911 call was played, the cousin and Jonah’s mother stepped out of the courtroom.

“The intent was never to buy drugs – it was to rob the victims, who were not armed,” Senior Deputy District Attorney Daniel Warhola said during sentencing. “Jonah was shot through both lungs and his heart. What this defendant did is not allowed, cannot be tolerated and must be punished.”

“What brought us here is a tragedy – poor choices, poor decisions, and now consequences for those,” Judge Weishaupl said. “Jonah deserved the opportunity to learn and grow and engage with the world, and he was never be able to do that.”