A 19-year-old Aurora man who shot and pistol-whipped a stranger, then robbed him, was sentenced to 22 years in prison. 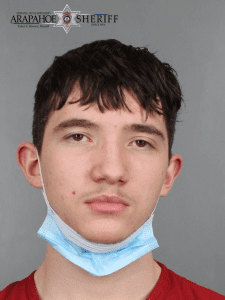 On Nov. 14, 2019, at about 3:45 p.m., Colton Robichaud was driving a stolen car with a passenger when he encountered an 18-year-old man walking with a friend on Pheasant Run Parkway near South Laredo Street in Aurora. Robichaud pulled out a gun and got out of the car. The victim and his friend started running. Robichaud shot the victim, who fell to the ground. Robichaud walked to the victim and beat him with the pistol. He took the victim’s cell phone and backpack, then got back in the stolen car with the passenger and drove off.

The friend came back to help the victim, and onlookers also came to his assistance. He sustained severe injuries after being shot in the abdomen but survived.

Witnesses described the stolen car Robichaud was driving, and police quickly located the car with Robichaud and his passenger still in it. Police linked Robichaud and the car to reports of previous crimes.

Robichaud was also charged with shooting six times at a man on Nov. 12, 2019. Robichaud was testing door handles of parked vehicles. The man was in a parked car nearby and honked his horn at Robichaud. The shots did not hit the man.

“There is a time for efforts at rehabilitation, but once you pick up a gun and shoot someone, there must be consequences,” said District Attorney John Kellner. “This victim sustained major, severe injuries. The choices this defendant made have led to this appropriate outcome, which is a prison sentence.”

“The defendant terrorized people throughout October and November, impacting many more people than our two named victims,” Chun said in asking for the maximum sentence of 25 years allowed under the plea agreement. “He shot at people he didn’t know and committed horrendous, senseless violence.”

“The actions you took were wicked – I can’t come up with a better word,” Arapahoe County District Court Judge Darren Vahle told Robichaud as he imposed the sentence. “You have to serve a significant penalty.” 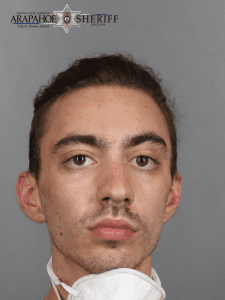 Robichaud’s passenger in the car, Jaden Lee Saenz, 20, pleaded guilty July 2, 2020, to one count of robbery, a Class 4 felony; and one count of third-degree assault, a Class 1 misdemeanor. He was sentenced to 10 months in jail, 100 hours of community service and four years of probation.
22 years for random, violent attack in Aurora was last modified: December 20th, 2021 by Eric Ross