An Aurora man was sentenced to 25 years in prison for shooting a King Soopers customer in the parking lot of the Ridge Road store in Castle Rock. 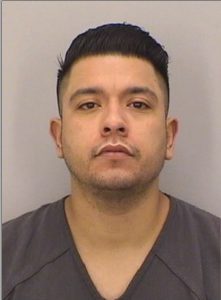 Hugo Vazquez-Topete, 29, pleaded guilty Dec. 17 to one count of first-degree assault, a Class 3 felony. Other counts were dismissed as part of the plea agreement.

“This defendant has a previous criminal history. In this case, for a perceived minor slight, he didn’t hesitate to pull out a gun and fire at a group of people he didn’t even know,” said Senior Deputy District Attorney Jake Adkins, who prosecuted the case with Deputy District Attorney Lauren Raible. “In addition to almost killing the victim, he also endangered numerous people and showed a complete disregard for the value of human life. The time for second chances has passed, and a prison sentence is the appropriate consequence for his actions.”

On Aug 6, 2019, Vazquez-Topete and two associates picked up money at the Western Union counter in the store, then went to the pumps to get gas. The victim was gassing up with several friends.

The groups exchanged words, and the victim and his friends got in their car and drove to the exit.

While they were at the stoplight, Vazquez-Topete and one of his associates fired a gun at their car. The victim was hit by one round in the chest.

Vazquez-Topete and his associates fled the scene in an older Chevy Suburban. The victim was taken to a hospital and survived.

The victims and their attackers did not know each other.

Castle Rock Police investigators interviewed witnesses and retrieved surveillance video. They were able to identify the three men in the Suburban. They determined Vazquez-Topete fired the shot that hit the victim. He was arrested in Denver.

One associate did not participate in the crime and was not charged. 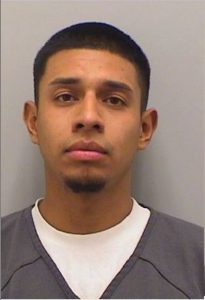 Benito Bautista, 27, of Denver, fired at the victim’s car but did not hit anyone. He pleaded guilty Nov. 3, 2020, to one count of attempted first-degree assault, a Class 4 felony. Other counts were dismissed as part of the plea agreement. Bautista was sentenced Jan. 21, 2021, to 14 years in the Colorado Department of Corrections.

“The Castle Rock Police Department quickly identified these suspects and gathered evidence for a strong case,” said Raible. “Because of their work, these two are no longer able to be a danger in the community.”