A Denver man who shot indiscriminately at drivers in Littleton has been sentenced to 30 years in the Department of Corrections. 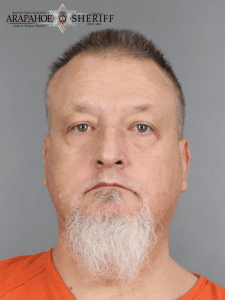 On Aug. 4, 2019, Hrdlicka and his wife, Courtney Hrdlicka, 32, were in their pickup in Littleton. Courtney Hrdlicka was seen kicking a vehicle in traffic before getting into the driver’s seat, as Theodore Hrdlicka fired a handgun at that vehicle. Bullets hit the other car, but no one was injured.

This happened two additional times in a short span in Littleton. All three vehicles were hit by gunfire; luckily none of the six people in the vehicles were injured. Police linked the suspects to similar crimes in Adams County that happened later that same day.

Hrdlicka later said he was drunk and high when he committed the crimes. He did have not any previous contact with any of his victims.

“The fact that these acts were similar to his actions in Adams County does not diminish what happened in this case,” said Senior Deputy District Attorney Colleen Greer, the prosecutor on the case. “He indiscriminately fired a weapon toward six people here in Arapahoe County. The victims here also deserve justice.”

Judge Whitaker agreed and sentenced Hrdlicka to the maximum sentence possible under the plea agreement.

“What kind of person randomly fires a gun at cars with people inside?” said District Attorney John Kellner. “There is no excuse or explanation for such actions that put others at such great risk. This outcome is appropriate.” 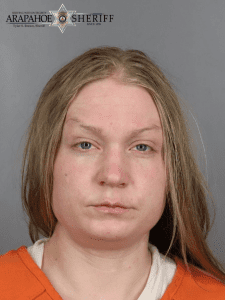 Courtney Hrdlicka pleaded guilty to one count of first-degree assault in August 2021 and was sentenced to 10 years in the Department of Corrections, concurrent to the same sentence in Adams County.

Thomas Hrdlicka was sentenced in October 2021 to 25 years in the Adams County case; his Arapahoe sentence will be served concurrently.

Man who shot at Littleton drivers sentenced to 30 years in prison was last modified: January 27th, 2022 by Eric Ross