Man gets life in prison for Christmas Day murder in Aurora

A man who shot and killed a family friend on Christmas Day after losing money to him in a game will spend the rest of his life in prison. 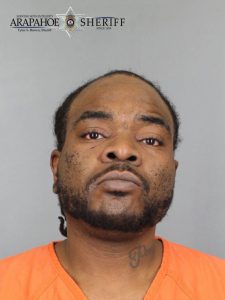 On Feb. 18, an Arapahoe County jury found Curtis Davis-Barnes, 38, guilty of first-degree murder and other charges in the Dec. 25, 2019, death of Aarion Derritt, who was 39 years old when he was shot to death. Arapahoe District Court Judge Darren Vahle immediately sentenced Davis-Barnes to life without parole in the Colorado Department of Corrections, the mandatory penalty for a first-class felony under Colorado law.

“It’s hard to believe that a friendly holiday gathering would end in murder, but that it is exactly what happened here,” said District Attorney John Kellner. “This defendant was unhappy that he was losing a game, so he calmly retrieved a firearm and shot the victim to death. I am glad we were able to obtain justice for the family of the victim, although nothing will bring back Mr. Derritt.”

At 2 a.m. on Dec. 25, 2019, Aurora police were called to a home where a man had been shot. They found Derritt in the basement, with a gunshot to the head and several more to the torso.

The homeowner told officers that family and friends had come together for a Christmas party. Several went downstairs and were playing poker and dice. Witnesses said that as the games progressed, Davis-Barnes lost $600-$700 to Derritt and became angry.

Davis-Barnes went upstairs and came back down with a handgun. He shot Derritt in the head and chest, grabbed cash out of his pockets and fled the home in car.

“By all accounts, Mr. Derritt did nothing to provoke the defendant. He did nothing to instigate a confrontation or incite any violence,” said Chief Deputy District Attorney Jason Siers, who tried the case with Senior Deputy District Attorney Casey Brown. “He was playing a game, and he ended up shot dead when he should have been able to go home and celebrate Christmas.”

Man gets life in prison for Christmas Day murder in Aurora was last modified: February 24th, 2022 by Vikki Migoya