Retired officer sentenced to jail for buying gun for felon

A retired police officer who bought a rifle for a convicted felon who later set pipe bombs in an Aurora neighborhood will be spending 90 days in jail. 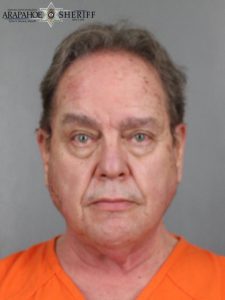 “You have become one of the dangers you and other law enforcement officers have taken oaths to protect us against,” Judge Stuart told Christensen. “You made the decision to arm a violent man with a weapon. Your actions in this one case erased an entire career of public service.”

On Dec. 25, 2020, and Jan. 7, 2021, pipe bombs exploded in Aurora. In each case, shrapnel from the blast went into a nearby home. The suspect, Scott Campbell, lived in Christensen’s basement.

The investigation into the bombings revealed that after the crime, Christensen helped Campbell try to hide evidence. Christensen also purchased an AR-15 rifle that he gave to Campbell, even though he knew Campbell was a convicted felon and could not legally possess a firearm.

“This defendant swore an oath to uphold the law. That does not give him a pass when it comes to being held accountable for his decisions and his actions,” said District Attorney John Kellner. “I hope this sends a clear message that might deter others who would cavalierly purchase a firearm for a felon.”

Christensen pleaded guilty Dec. 10, 2021, to the top charge: One count of straw purchase of a firearm, a Class 4 felony. Other, lesser, counts were dismissed as part of the plea agreement. Sentencing was at the discretion of the judge.

“There needs to be punishment for his actions.”

A woman was inside the house when it was damaged by the bomb that went off in January 2021. Members of her family spoke during the Feb. 14 sentencing hearing.

“This was traumatic to say the least. No one expects bomb fragments in the place they call home,” they told the judge. “I am sure the defendant’s fellow officers were shocked and dismayed when they learned of his actions.” 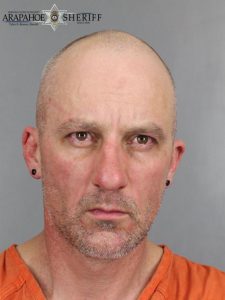 Scott Campbell pleaded guilty Jan. 10 to one count of attempted first-degree murder, a Class 2 felony; and one count of possession of a weapon by a previous offender, a Class 6 felony. He was immediately sentenced to 20 years in the Colorado Department of Corrections.
Retired officer sentenced to jail for buying gun for felon was last modified: February 15th, 2022 by Eric Ross