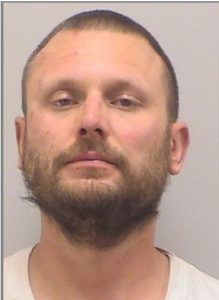 A jury has found Samuel Isaiah Birch, 32, guilty of the 2020 robbery and murder of a convenience-store clerk in Arapahoe County.

On November 26, 2020, deputies with the Arapahoe County Sheriff’s Office responded to a report of a shooting at the Circle K convenience store located at 8263 South Quebec Street in Centennial.  There, deputies found the store clerk suffering from a single gunshot wound to the abdomen.

Upon reviewing the store’s surveillance footage, deputies learned that a man wearing a mask and hooded sweatshirt approached the clerk and asked for a carton of cigarettes.  The man then calmly pointed a long barreled revolved through the plexiglass divider and demanded everything in the register.  “Dude, it’s going to be you, your stomach, or the money” the armed man said.  “I can shoot you when I leave or I can shoot you right now.”  After the clerk complied with the demands, the robber said “thank you,” before shooting the clerk in the stomach and walking out.

The victim was transported to the hospital where he tragically succumbed to his injuries.  Investigators were able to identify Birch as the shooter by connecting him to a similar armed robbery of another convenience store that occurred just two hours earlier.

“This was an entirely senseless act of inhumanity,” District Attorney John Kellner said.  “This defendant needlessly ended the life of an innocent man, who had done nothing but comply with his demands.”

Birch was found guilty of first-degree murder (after-deliberation and felony-murder), two counts of aggravated robbery, and tampering with physical evidence.  Birch pleaded not guilty to the charges and the case proceeded to trial on March 7, 2022.  The jury returned guilty verdicts on all counts on March 10, 2022.

“I want to thank the men and women of the Arapahoe County Sheriff’s Office, and the witnesses who came forward with information about this case,” said Assistant District Attorney Tom Byrnes, who tried the case with Deputy District Attorney Lisa Gramer.  “Their quick work making an identification in this case took a very dangerous suspect off the streets.”

The honorable Judge Ryan Stuart presided over the trial.