On July 21, Arapahoe County Judge Darren Vahle sentenced Jorge Alexander Che-Quiab, 27, to 64 years to life in prison for his role in distributing fentanyl to a 16-year-old victim who ultimately died from an overdose at a party.

Following the six-day trial that ended May 3, the jury returned guilty verdicts on charges of manslaughter, two counts of distribution of a controlled substance to a minor, two counts of possession of a controlled substance with intent to distribute, sexual assault of a child, contributing to the delinquency of a minor and sexual assault (victim under 15).

“He played Russian roulette with people’s lives,” Chief Deputy District Attorney Darcy Kofol said. “He was only thinking about himself that night. He knew exactly what was in those pills and he crushed them up and gave them to those girls.”

In August 2020, Aurora Police were called to Che-Quiab’s home on a report of a possible overdose. The victim was pronounced dead on-scene when paramedics arrived.

“You cut off a branch of this girl’s family tree,” Judge Darren Vahle said. “That kind of pain will last for years and years.”

The investigation revealed Che-Quiab and another adult man supplied alcohol, marijuana and fentanyl to a group of underage girls during a social gathering at Che-Quiab’s home. Che-Quiab told police that one of the girls appeared to be suffering from an overdose, but he decided to go to bed and not seek emergency medical care on her behalf.

The next morning, others in the house awoke and found the girl was unresponsive and not breathing. 9-1-1 was called, and Che-Quiab admitted that he used the time before emergency personnel arrived to flush some of the remaining drugs down the toilet.

Further investigation revealed that during the same gathering, Che-Quiab sexually assaulted a 14-year-old girl to whom he had also supplied a large quantity of alcohol. A thorough search of his house led to the seizure of 300 pills laced with fentanyl in addition to several bricks of Heroin.

“I am committed to aggressively prosecuting those who distribute this toxic and deadly poison in our community,” District Attorney John Kellner said. “As we’ve tragically witnessed, these fentanyl pills can be just as deadly as a bullet. It’s important to note that Mr. Che-Quiab had multiple chances to call for medical attention. Instead, he made the cowardly decision to go to sleep and do nothing. He was able to wake up in the morning, but this victim was not. His actions were reckless and egregious.”

Manslaughter: 12 years (consecutive to all counts)

Sexual assault of a child: 12 years to life (consecutive to all counts)

Contributing to the delinquency of a minor: 12 years (concurrent) 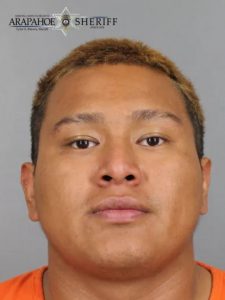 Aurora man sentenced to 64 years to life in prison after teenager dies from fentanyl overdose was last modified: July 21st, 2022 by Eric Ross