A felony arrest warrant was issued Oct. 10 for Salvador Hernandez-Morales, 45, in connection to the 2006 murder of Francisca Perea-Dominguez.

On July 1, 2006, concerned friends went to Perea-Dominguez’ apartment to check on her and found the front door unlocked. Upon entry, they discovered Perea-Dominguez on the floor in her bedroom. The preliminary investigation revealed she had been stabbed once in the stomach and sexually assaulted.

Perea-Dominguez’ roommate, Salvador Hernandez-Morales was a person of interest in the homicide case. Investigators discovered he had not shown up to work after the murder and likely left the United States.

Although investigators have not been able to locate Hernandez-Morales for an interview, crime scene evidence, including DNA, was collected and preserved. The case had gone cold until recently, when additional DNA testing was performed. A toothbrush found in Perea-Dominguez’ bathroom was sent off for analysis. DNA from that toothbrush ultimately matched DNA found in a semen sample collected from the victim.

“This is a case that was solved due to the hard work, dedication and persistence of the Cold Case Unit at the Aurora Police Department along with help from the Colorado Bureau of Investigation (CBI),” Senior Chief Deputy DA Chris Wilcox said.

“This is an example of the commitment and tenacity of this organization to go after people who commit horrific crimes no matter how long it takes,” Aurora Police Chief Dan Oates said. “We look forward to the day we can hold this suspect accountable.”

Hernandez-Morales is believed to be living in Mexico. If you have any information regarding this case or his whereabouts, you can contact Metro Denver Crime Stoppers at 720-913-7867.

“We expect that this defendant is going to have to be extradited,” Wilcox said. “Over the next several months, we’re going to be working on that process.”

You can view our join-press conference with APD announcing the arrest warrant for Hernandez-Morales by visiting our official Facebook page: Facebook.com/coda18

“This defendant has evaded justice for too long,” District Attorney John Kellner said. “DNA analysis is making it harder for suspects who simply cannot outsmart science and technology. We look forward to the day when we can say justice has been served for the victim and her family.”

At this time, the felony arrest warrant remains active for Hernandez-Morales. All suspects are presumed innocent until proven guilty in court. 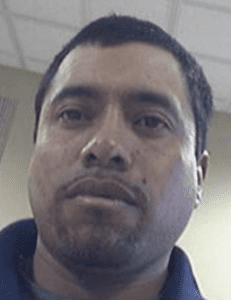