On February 17, 2019, the Arapahoe County Sheriff’s Office received a call from a passerby about a man bleeding in a parking lot at Eaglecrest High School. Upon arrival, deputies discovered Cunningham had been shot. He was transported to the hospital with life-threatening injuries and passed away the following day.

At the time deputies were responding to the scene at Eaglecrest High School, dispatchers received another call from Marcus Johnson. He stated he just shot Cunningham, who he claimed attacked him earlier in the day. Further investigation revealed Johnson and Cunningham were neighbors and the two had an ongoing dispute over a parking spot on a public street between their houses.

Prior to the shooting, the two taunted each other in the street before eventually agreeing to resolve the parking dispute in a parking lot at Eaglecrest High School. At the meeting location, Cunningham was shot twice in the head and chest.

“This defendant arranged a fight and showed up to the Eaglecrest High School parking lot with a gun,” Chief Deputy DA Andrew Steers said. “This was not a case of self-defense. Johnson made the choice to end a petty dispute with violence.”

Around 1:30 p.m. Thursday, a jury returned a guilty second-degree murder verdict. Johnson will remain in custody until sentencing.

“A life was taken over a minor neighborhood parking issue,” District Attorney John Kellner said. “This defendant tried to portray himself as a victim, but there’s no way to justify why a man had to lose his life over a parking spot disagreement.”

Johnson will be sentenced on December 2. He faces a maximum of 48 years in prison. 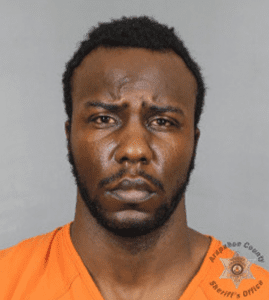