The Second Chances warrant clearance event in Arapahoe County on Feb. 13, 2022, was a great success: 101 warrants were cleared. (Some people had more than one warrant.) 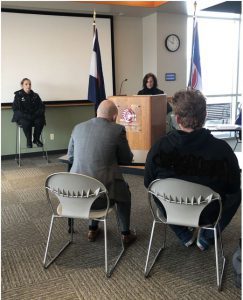 These are people who for one reason or another fell out of compliance and a judge issued a warrant for their arrest. Whether it was because of a missed court date, an unpaid fine or unmet probation obligations, these people went about life knowing that any random contact with law enforcement could lead to an arrest, booking and jail.

“The criminal justice system can be complicated, and it’s not perfect,” said District Attorney John Kellner. “When my team proposed a way to get willing defendants back on track, I was all in. This event shows that collaboration can lead to results that make a meaningful difference in people’s lives.”

18th Judicial District Chief Judge Michelle Amico was an early supporter of the idea. The Office of the Public Defender and the Probation Department helped spread the word. Arapahoe County had the space, and community partners like AllHeath Network, Stride, Aurora Mental Health, Tri County Health and Arapahoe County Human Services signed up to offer services on a Saturday. Translators were on hand, and the Collections office was open to clear up any related fines. 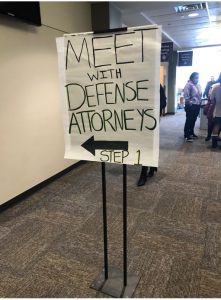 The Public Defenders Office had attorneys at the event.

The day arrived, and participants started lining up, some with family and supporters in tow. Many had traffic cases, first-time DUI arrests or petty offenses. There were 31 low-level felonies, such as drug possession.

Defendants told of flying in from Tennessee and Ohio, and driving in from Nebraska. There had been a glitch in transferring probation, they said, and they wanted to clear things up.

One man fell out of compliance on a juvenile case, and thus he had a 2013 warrant hanging over his head. He feared applying for jobs, government benefits or a drivers license; he worried he would be involved in a traffic accident or be a victim of a crime and taken to jail by responding officers.

He showed up to the event, checked in with the public defender, and his attorney worked with a prosecutor. He was able to appear before Judge Amico, enter into a plea agreement and resolve the case. 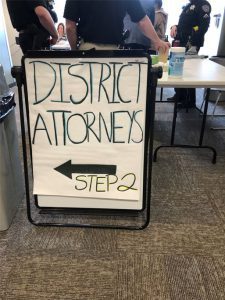 “We want every defendant to comply with court orders, but we understand that sometimes life gets in the way,” said Senior Chief Deputy District Attorney Vicki Klingensmith, the lead from the DA’s office in organizing the event. “And once you fall out of compliance, figuring out how to straighten things out can be daunting. It was wonderful to see that burden instantly lifted for so many people.”

The Arapahoe County Sheriff’s deputies who were at the event to provide security for Judge Amico’s temporary courtroom agreed.

For every warrant that was cleared, the sheriff’s office estimated it would have cost them:
• 2 hours for the deputy making the arrest
• 4 hours for the booking process at the jail
• $128 if the defendant spent the night in jail

“The Second Chances warrant event displayed the collaborative efforts of community partners to allow individuals to navigate through their warrant and the criminal justice system without the fear of being held at the county jail,” said Arapahoe Sheriff Tyler Brown. “I commend Chief Judge Amico and District Attorney Kellner and all the community partners for their forward thinking and willingness to try new approaches to criminal justice accountability.”

One woman walked through the door hesitantly, not long before the event was scheduled to end.

“My friends told me this was a trap,” she told the volunteers at the front door. “But I told them I didn’t care, I wanted to get this cleared up.”

About 90 minutes later, she went out the same door and gave the volunteers a thumbs-up. They cheered as she left with a big smile on her face. 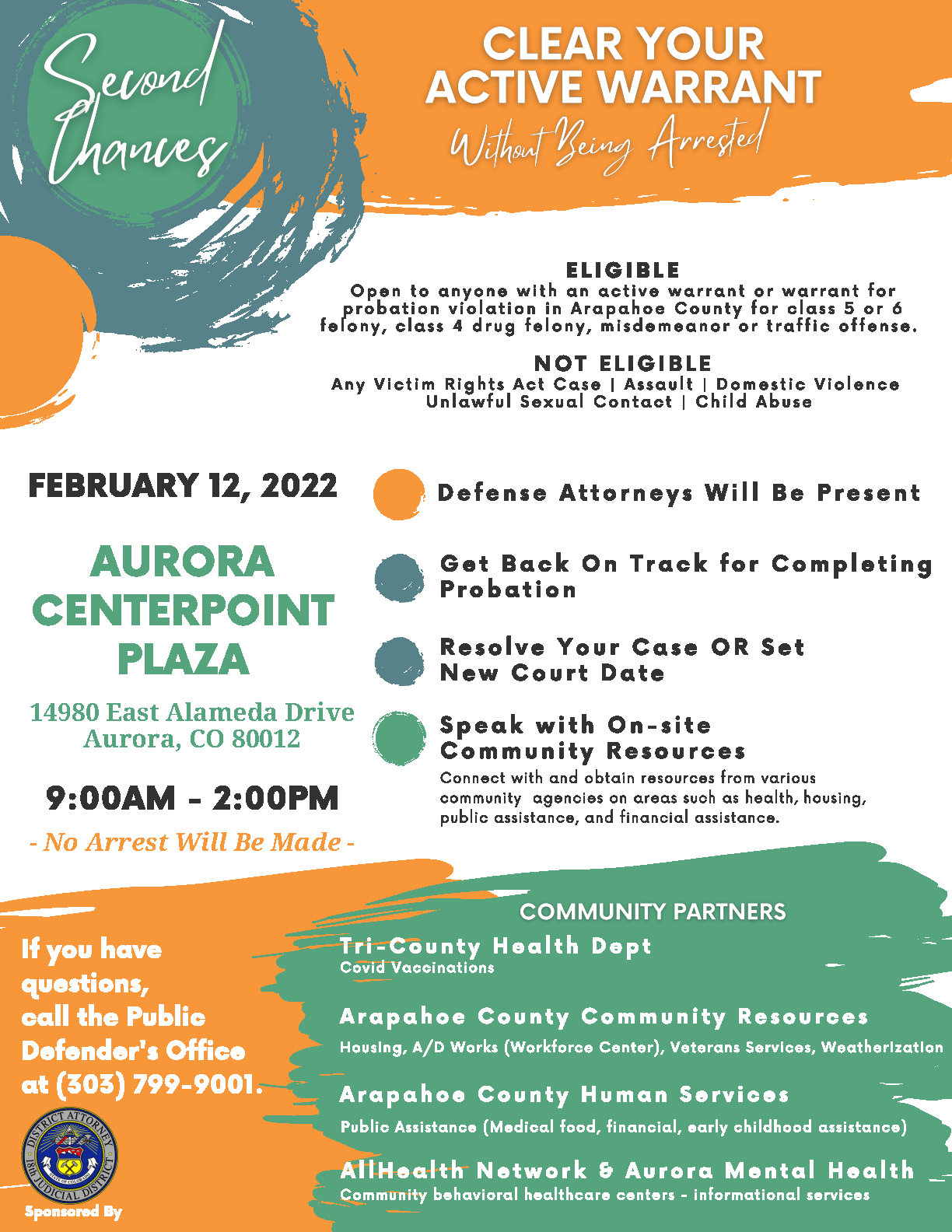