Dziedzic named Prosecutor of the Year by FBI Denver The human trafficking prosecutor from the District Attorney’s Office of the 18th Judicial District has been named Prosecutor of the Year by the Denver office of the Federal Bureau of Investigation.

Senior Deputy District Attorney Kelley Dziedzic received the award this month at a ceremony at the Denver FBI office.

Dziedzic prosecuted Brock Franklin, who in November 2017 was sentenced to 400 years in prison for trafficking nine women and girls. It was the longest sentence ever handed down for human trafficking in any jurisdiction in the country.

“We don’t care if it’s prosecuted in state court or federal court,” Shivers said. “The partnerships with our district attorneys and the Attorney General’s Office are critical because what we want to do is make our communities safe and take people who commit crimes off the street.”

District Attorney George Brauchler attended the ceremony with Dziedzic and other members of his office.

“We have prioritized the eradication of human trafficking in our jurisdiction. Hiring the best trained and most dedicated prosecutor and investigator in this burgeoning area of public safety was a commitment I made to the county commissioners who funded these positions. Here is the further proof we have done just that. I am honored to be Kelley’s boss and have her on our team,” Brauchler said. “I am proud of the work Kelley and our partners at the FBI and the Attorney General’s office have done in bringing some of the most despicable criminals to justice.” 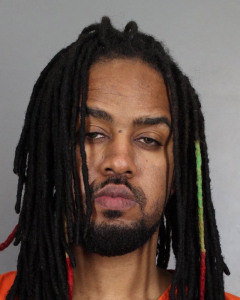 An Arapahoe County District judge has imposed what is believed to be the longest human trafficking sentence ever handed down in the country. On Oct. 27, the judge ruled Franklin was a habitual offender, enhancing his sentence. A jury found Franklin guilty of 30 counts on March 24.

“A nearly 500 year-to-life prison sentence, one of the longest in American history for such a crime, is a clear message that Colorado is closed to the business of human trafficking. To those who view others as little more than sexual objects to be exploited for monetary gain take heed: The best trained, most aggressive law enforcement officers are here looking for you. The most-experienced and dedicated prosecutors in the country are here waiting for your case. Judges who know well how the sentences they hand down protect our community and vindicate victims are on the bench here. Our community and Colorado has no patience for the sexual subjugation of our children and the vulnerable. For a remorseless defendant—such as this one—who victimized nine women and girls, each of whom will be traumatized for the rest of their lives, we are not concerned with rehabilitation. We are focused on punishment and preventing future victims,” said District Attorney George Brauchler. “The court recognized that every one of these brave victims deserves justice, and this sentence reflects that.”

“Today’s historic sentence sends the resounding message that traffickers will be held accountable by Colorado law enforcement, prosecutors, and judges,” said Attorney General Cynthia Coffman, whose office assisted with the prosecution. “This defendant used violence, drugs and manipulation to control his victims, including innocent children. The survivors in this case were incredibly brave to stand up and have their voices heard, and I am grateful they can now feel safer knowing that he will stay in prison for the rest of his life.”

A statewide grand jury returned an indictment Nov. 5, 2015, against seven people including Franklin, who was the leader of the group.
The indictment included a total of 59 counts including violations of COCCA, trafficking a minor for sexual servitude and numerous charges related to child and adult prostitution. Additional charges included distribution of controlled substances to a minor, sex assault and kidnapping.

Three girls and five women who were victimized by the human trafficking ring cooperated with the prosecution; the jury heard testimony about a ninth victim and found Franklin guilty of those charges, as well.

“He took so much from me, and I’m still fighting to get it back,” one of the victims told the judge during sentencing. “You have no idea the damage he has caused to the other women and myself.”

But “I am a survivor. I am free from the abuse,” she said. “I hope he never sees the light of day outside the prison walls.”

Judge Michaelson noted what the victims had lived through in announcing his sentence.

“There are varying degrees, but all are horrific consequences to all nine of these victims,” he said. “These are people who felt lost and are struggling. Mr Franklin damaged these people.”

Prosecutors had asked for 616 years but were satisfied with the court’s sentence.

“Any sentence that treats these women as individuals, and not as disposable pieces of property like the defendant did, is enough,” said Deputy District Attorney Kelley Dziedzic, who prosecuted the case with Assistant Attorney General Janet Drake. “More than anything, what we are pleased to see is a sentence that reflects the extraordinary work that law enforcement put into this investigation, and the extraordinary courage shown by each woman.”

Franklin, the leader of the group, was charged with the most counts, at 34.

A statewide grand jury returned an indictment Nov. 5, 2015, against seven people including Franklin.

The indictment included a total of 59 counts including violations of COCCA, trafficking a minor for sexual servitude and numerous charges related to child and adult prostitution. Additional charges included assault, distribution of controlled substances to a minor, sex assault and kidnapping.

Three girls and five women who were victimized by the human trafficking ring cooperated with the prosecution; it is believed additional women were also victims.

Franklin’s sentence will be determined pending the outcome of habitual criminal proceedings that are scheduled to get underway in June.

These are the charges of which Franklin was found guilty: