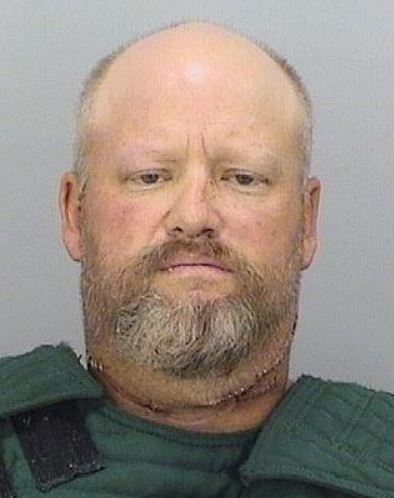 Richard Allan Lockett pleaded guilty today to fatally stabbing his estranged wife, Kirsten, in the Castle Rock home of a family member, where she had fled with five children in her care. Lockett, 46, of Limon, pleaded guilty to murder in the first-degree – felony murder. Douglas District Court Judge Shay Whitaker sentenced him to the statutory mandate: life in prison without the possibility of parole. Other charges against him were dismissed.

“This defendant terrorized his wife and family,” said District Attorney George H. Brauchler. “Kirsten Lockett did everything she could to get away and protect herself and her children. He was relentless. Our communities will not tolerate such violence, and this man deserves to spend every moment of the rest of life in prison.”

“We are pleased with the outcome of the guilty plea by Richard Lockett,” said Castle Rock Police Chief Jack Cauley. “Our investigation team worked diligently with the DA’s office to ensure justice was served in this tragic case. Castle Rock Police want the family of Kirsten Lockett to know that they are in our thoughts and prayers.”

On July 13, 2015, Kirsten Lockett reported to Lincoln County officials that Richard Lockett came into the home, kidnapped her and assaulted her at gunpoint.

After this incident, she moved with the five children (ages 5 to 15 at the time) to the home of her brother in Castle Rock.

On the night of July 18, 2015, Richard Lockett broke the window in the bedroom where Kirsten Lockett was sleeping with the children. He let the children flee, along with Kirsten Lockett’s mother, who was also staying in the home.

He took Kirsten into another part of the house and fatally stabbed her in the neck, before attempting to cut his own throat.

“Kirsten did everything right,” Chief Deputy District Attorney Christopher Gallo told the court. “Many victims of chronic and pernicious domestic violence don’t get out … Kirsten fled to safety. … But she was stalked and she was hunted.”

Kirsten Lockett’s daughter and sister spoke at the sentencing.

“He took away my mother … he tore our family apart,” testified Kayla Stitely, the oldest of Kirsten Lockett’s children. “I want him (Richard Lockett) to know he cannot still have her … she, not him, walks away with the last word.”

“The only blessing is that she is now free,” Schomeboom told Judge Whitaker. “For 14 years this man controlled every facet of her life … The greatest tragedy is that my sister died before she was able to develop into the person she was destined to be.”