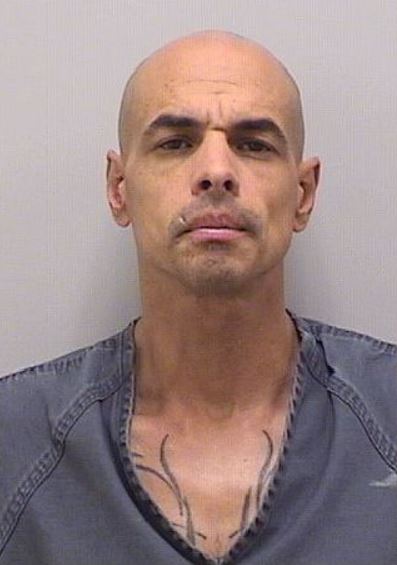 Convicted sex offender gets 70 years for assaults on 3 kids

A convicted sex offender was sentenced Nov. 17 to 70 years to life in prison for sexually assaulting the children who lived in a home where he was staying. Douglas County District Judge Shay Whitaker sentenced John E. Cornell, 41, to 70 years to life in the Department of Corrections after he pleaded guilty Oct. 20 to four counts of sex assault on a child by a person in a position of trust. Because of the plea agreement, the children did not have to take the stand and relive the abuse, and 69 other counts were dropped.

The sex counts mandate an indeterminate sentence, meaning the Department of Corrections can choose to incarcerate Cornell longer if it is determined he is still dangerous and not rehabilitated.

A therapist of one of the children notified the Douglas County Sheriff’s Office in November 2016 when the child mentioned during a session that he had seen “bad” images of Cornell molesting his sister.

Cornell has a lengthy criminal record, including a sexual assault case that meant he is required to register as a sex offender. He was frequently charged with failure to register.

In 2016 he was out on parole after serving prison time for an attempted escape conviction.

When he got out prison, he moved into the Highlands Ranch home of the mother of the children, Amanda Perea, 41, with whom he had a prior relationship. His parole officer approved this.

While living there he assaulted two of Perea’s children and her niece.

“Anxiety follows me, clouding over me every day,” the niece told the judge in a letter read during sentencing. “I remember what he did to me every night, like a horrible nightmare playing in my mind.” One of the children told Perea, but not only did she fail to report it to authorities, she continued to allow Cornell to live in her home and have access to the children.

When the officials discovered the abuse, Perea helped Cornell by destroying pornographic images he had taken of the children.

Perea pleaded guilty June 26 to tampering with evidence, a Class 6 felony. On Sept. 18 she was sentenced to 30 days in jail, 50 hours of community service and two years probation. She no longer has custody of her children.

“Our poorly led Department of Corrections bears some responsibility for this horrible case. Parole is not a vehicle to empty our prisons of monsters like this for fiscal or political purposes. The parole system failed these children, and their mother betrayed them,” said District Attorney George Brauchler. “At least the perpetrator of the crimes against them will take his last breath in prison and never again cause such harm to such innocent children. Parole should never ever be an option for this profile. I hope the children get the support they deserve.”

Cornell “is a child molester who has damaged my daughter for the rest of her life,” the father of one of the victims told the judge. “The system allowed him to be free and offend again …. True and fair justice for the victims is to know their worst nightmare will remain where he belongs, in prison.”