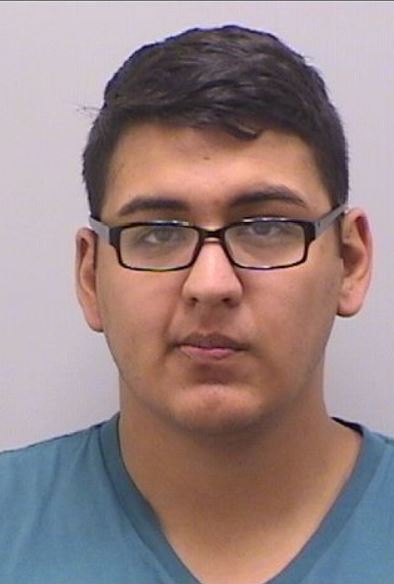 A martial arts instructor from Parker has been sentenced to three years in prison for sexually assaulting two students at the studio. Jose Hilario Soto, 21, worked for Otomi Martial Arts when the crime was reported May 30, 2017. The owner of the studio cooperated with law enforcement who were called to investigate.

The parents of the victims spoke to Douglas County District Court Judge Theresa Slade during sentencing on Monday.

“The world is full of thugs and miscreants and deviants, but those who abuse children who are defenseless and innocent … I’ll never figure that out,” a father said. Soto “needs a tangible consequence.”

“These are some of the most challenging cases we handle,” said District Attorney George Brauchler. “We rightfully want to lock up for as long as possible those who satisfy their lascivious sexual desires at the expense of the innocence of the youngest and most vulnerable in our community. And yet, we must balance that interest against the equally compelling wishes of parents who seek to limit the trauma to their children — not only of the crime itself — but also from having be to talk about it and be cross examined about it in front of 12 strangers. For these cases, justice is complicated and not always obvious.”

Brauchler went on: “It should concern Coloradans that our legislature has made it possible for those who engage in this outrageous behavior to be eligible for probation. Here, we made sure these girls, their parents and our community know that this criminal is going to prison, will be monitored and will get treatment.

“The victims’ parents must be commended for having raised girls who are aware and courageous enough to report when something wrong is done to them. Other parents should follow their lead and empower their children with knowledge and the confidence that they will be taken seriously and protected. But for the courage of these little girls, we would not have known about this crime and we would not have been able to stop this predator from potentially making even more victims. “

Soto pleaded guilty in October to one count of attempted sexual assault on a child by a person in a position of trust, a Class 5 felony; and one count sexual exploitation of a child, a Class 4 felony. Other charges were dismissed as part of the plea agreement.

“The defendant robbed the victims of a sense of security – he took that safe place away from them,” Deputy District Attorney Valerie Brewer said in her sentencing argument. “These little girls were absolutely fearless in being able to tell someone what had happened to them.”

“You are raising some pretty amazing young ladies,” the judge told the parents. “They are brave, and they continue to show bravery and compassion.”

Slade sentenced Soto to three years in the Department of Corrections, followed by 24 months of parole. Ten years of Sex Offender Intensive Supervised Probation will run concurrent to parole, and Soto must register as a sex offender.