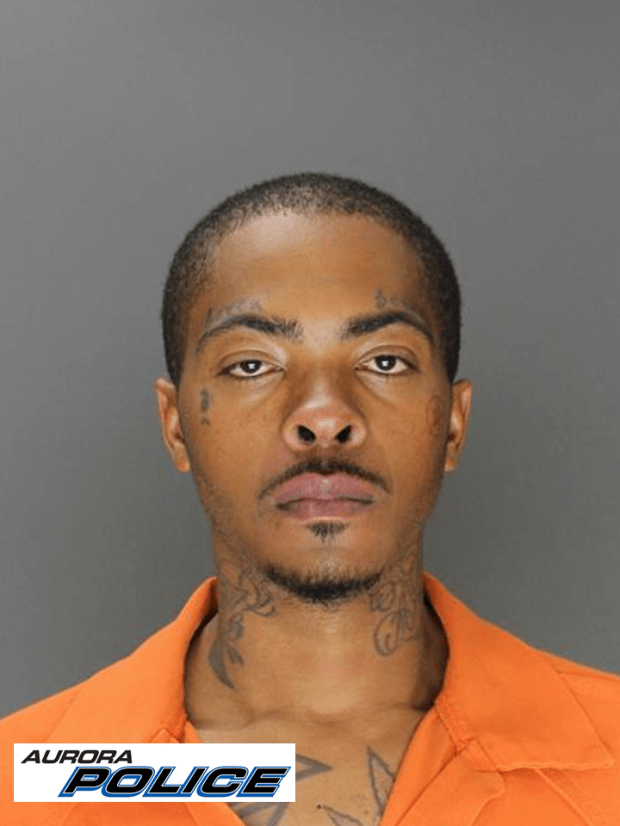 An Aurora man was sentenced Friday to 45 years in prison for a crime spree that ended with him being shot by police officers. “Yet another felon was able to get his hands on yet more firearms, this time, an assault rifle and handgun,” said District Attorney George H. Brauchler. “This felon threatened police and an innocent family. We will not tolerate those who should not have guns using them to commit crimes in our community. Prison is where such criminals belong.”

The incident began shortly after noon on June 18, 2017, when Denver Police received a report that a man in a car had pointed a gun at a family near the intersection of East Elmendorf Place and North Tulsa Way. Denver police arrived and found the suspect vehicle, a silver Chevrolet Impala, which was being driven by the sole occupant, later identified as Keith Alfonzo Roberts.

Three patrol cars pursued the Impala into Aurora as it sped and weaved through traffic. Officers saw Roberts with a rifle, which he pointed at them.

The Impala turned into an apartment complex at East Alameda Avenue and East Ohio Avenue, where it was pinned by one of the patrol vehicles.

Officers got out of their vehicles. Roberts stayed in the Impala. The windshield of the Impala was shattered, and two officers fired at the Impala.

Roberts was shot and taken into custody. The loaded rifle was found in his lap with a spent shell casing on the passenger seat. A handgun found in the car had bullets in the magazine and chamber.

Roberts was released from the hospital after two days. He was then arrested and charged with multiple felonies.

The district attorney’s office determined the Denver officers were legally justified in their use of force.

“The defense claimed the police used excessive force in this case, but the jury resoundingly rejected that idea with their verdicts. The reality is that this case shows the incredible bravery of our police officers and the risks they take every day to protect our community,” said Deputy District Attorney Kristin Tuttle, who prosecuted the case. “The jury’s verdict and the court’s sentence will thankfully prevent the defendant from endangering our community any further.”