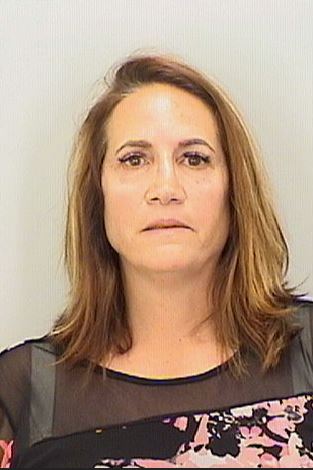 Jail for Parker woman who hit boy, drove away

A driver who hit a 12-year-old boy and left him in a Douglas County street with a skull fracture was sentenced Tuesday. Douglas District Judge Shay Whitaker sentenced Kimberley Miller, 49, of Parker to a month in jail. Miller pleaded guilty Feb. 5 to leaving the scene of an accident involving serious bodily injury. As part of the plea agreement, other charges against her were dropped.

“It is difficult to imagine a person so bereft of personal responsibility behind the wheel that she dents her car with the skull of a school-age boy and then…drives away,” said District Attorney George Brauchler. “Jail may be the only way to get such a person’s attention.

On July 25, 2017, Miller was driving her Lexus on Stonegate Parkway in Douglas County. A donut and lemonade stand had been set up at the intersection of Creekview Drive.

Witnesses described to Douglas County Sheriff’s deputies the Lexus that hit the boy and kept on driving. They told officials it had a broken passenger mirror from the impact.

The boy was diagnosed with a skull fracture, a concussion and a bruised lung. He survived his injuries.

Officers tracked the Lexus to Miller, who said she had no recollection of any accident and was elusive and uncooperative. The side mirror on her car had been duct-taped.

“The crime is what happened after the impact,” Chief Deputy District Attorney Gary Dawson told the court. “An upstanding citizen does not commit this crime. … The only way to make people stay at the scene is to punish them if they leave.”

Judge Whitaker agreed. She cited the video of Miller’s initial interview with deputies and the dent on Miller’s car as evidence that Miller should have known what happened.

“Information is starting to come in, starting to pile up – a light bulb needed to have come on,” Whitaker said.

She sentenced Miller to two years of probation and 30 days in jail, with credit for time served and work release authorized.

Miller was ordered to begin the sentence immediately.

The boy’s family was satisfied with the outcome. His mother gave a statement during the proceedings.

“Actions have consequences, and you must take responsibility for them,” she said. “How can you hit a child with an automobile and not turn back?”